Chile in the OECD: The milestones of a decade of membership

The organization has influenced the design of a dozen programs and social policies, involving 87 legislative reforms, 14 new public institutions and the commissioning of 87 studies. 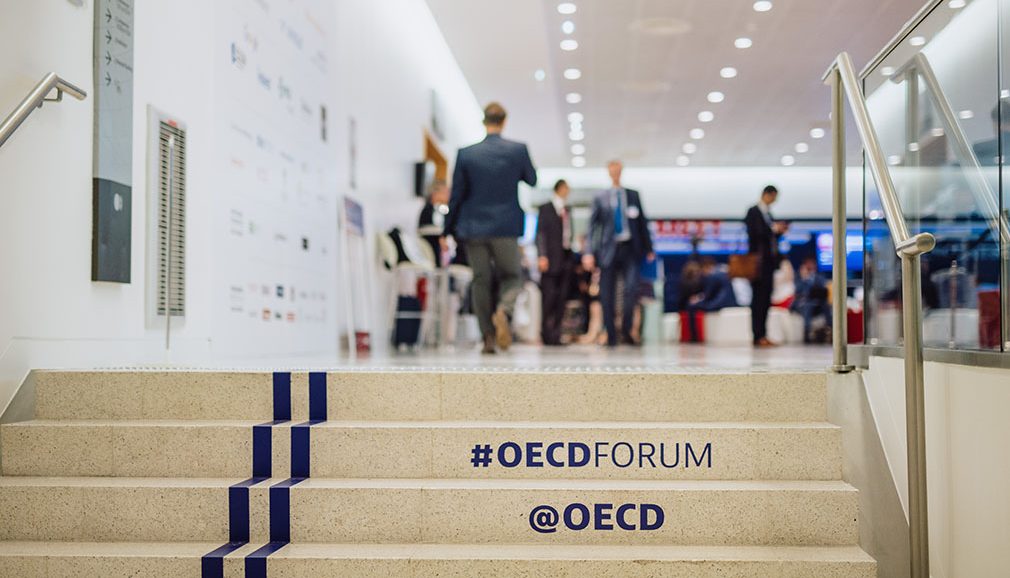 It is ten years since Chile joined the Organisation for Economic Co-operation and Development (OECD) and its membership has allowed it to implement measures in areas that include the economy, innovation, education, anti-corruption and transparency.

The organization has influenced the design of a dozen programs and social policies, involving 87 legislative reforms, 14 new public institutions and the commissioning of 87 studies.

“The balance has been positive. First, with its comparative experience, the OECD contributes to the development of best practices in the design and implementation of public policies,” says Finance Minister Ignacio Briones, who was the country’s second ambassador to the organization.

Former minister Karen Poniachik coordinated Chile’s accession process. “We had to make many changes to our legislation, which were very positive, such as the corporate governance of Codelco and, a few years later, ENAP. There was also everything that had to do with anti-corruption legislation,” she says.

Undersecretary of International Economic Relations Rodrigo Yáñez stresses the importance of this milestone. “In these ten years of work, our country has not only been able to implement important measures recommended by the OECD, but has also contributed its vision as a developing country, transmitting new approaches that help to develop public policies which work not only in large developed countries, but also in those still advancing in that direction,” says Yáñez.

According to Felipe Morandé, Chile’s current ambassador to the OECD, “the support we have received from the OECD in different areas of public policy has been very important for improving our institutions. Moreover, interaction with the other member countries, almost all of which are developed, has allowed us to enrich our policy decisions based on their experience. Chile has also shared its good practices with the OECD.”

Chile’s accession took place three years after the OECD Ministerial Council invited it to join the organization. This called for the prior implementation of a number of reforms in areas such as bank secrecy, anti-corruption measures and freedom of foreign investment.

Principal milestones of a decade of membership of the OECD:

Openness to trade and investment is recognized as one of Chile’s achievements as regards foreign trade. In the Services Trade Restrictions Index, Chile stands out for having fewer barriers than the average for OECD member countries.

In the case of trade facilitation indicators (TFI), Chile exceeds or approaches the best performance in the sample’s 11 indicators in all the areas measured.

In addition, membership of the OECD has been conducive to a number of economic achievements such as the fiscal rule - with its contribution to economic stability - and the creation of the Autonomous Fiscal Council and, as regards financial regulation, the creation of the financial arm of the National Consumer Service (SERNAC) and the Financial Market Commission (CMF).

Other areas highlighted by the OECD are Chile’s efforts on innovation as reflected in the creation of the Ministry of Science, Technology, Knowledge and Innovation.

Progress on free competition was achieved by strengthening the regulatory framework, reinforcing sanctions for anti-competitive practices, increasing the powers of the National Economic Prosecution Service (FNE) and carrying out market studies in line with OECD recommendations.

The OECD recognizes the measures Chile has implemented as regards governance of the system of state enterprises, with a decentralized regulatory framework for their supervision.

In this field, Chile’s achievements are related to initiatives that include the new Teachers’ Career Law and the Chile Solidario Program as an example of promotion of the participation of the most excluded groups at the preschool level.

The purpose of the OECD, which was officially established in 1961, is to design “better policies for better lives” through the promotion of policies that favor prosperity, equality, opportunities and wellbeing for all.

Its 37 members work together to solve common problems, sharing experiences and identifying best practices that permit the promotion of policies to optimize living standards.

The OECD also maintains global relations with other international organizations and institutions, such as the ILO, the IMF, the World Bank and the UN, as well as being an active partner of the G20. Civil society is represented through its Business and Industrial Advisory Committee (BIAC) and Trade Union Advisory Committee (TUAC), which collaborate in almost all the OECD’s areas of work.

For further information about Chile’s participation in the OECD, see this article.

Telemedicine accelerates in Chile in response to COVID-19

Banmédica donates US$ 1 million to combat Covid-19 in Chile