An inflow of US$6,875 million was registered in the country in the January-March period, the second highest figure in the last 15 years. 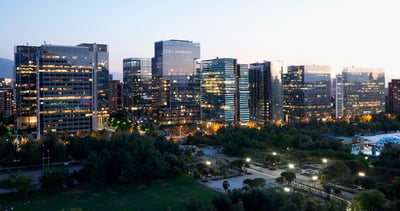 The Foreign Investment Promotion Agency (InvestChile) has announced that incoming foreign direct investment (FDI) in the first quarter of this year reached US$6,875 million, according to the Central Bank. This represents an increase of 167% over the same period in 2017 and exceeds the total for the whole of last year (US$6,419 million). It is, moreover, the second highest first-quarter figure in 15 years.

InvestChile’s acting director, Ian Frederick, highlighted the importance of this result, noting that it is “a clear sign of investors’ view of Chile as a reliable country for the development of long-term international business. Clearly, the amount is related to large-scale operations in the country which is part of what we offer today: a leading country, with good connectivity, talent, solid institutions and a state that is being modernized in order to facilitate foreign and domestic investment, seeking to boost the dynamism of our markets and to create jobs.”

The Minister of Economy, Economic Development and Tourism, José Ramón Valente, indicated that “there has been a change as regards investor confidence since President Sebastián Piñera took office. Investors trust us and our government program. It is no accident that FDI shot up once his election victory was known.”

At US$3,149 million, reinvested profits were the most important component of foreign investment in Chile in the first quarter, followed by equity, which reached a net of US$2,059 million, and debt at US$1,667 million.

The inflow clearly reflected the acquisition of the Banmédica holding company by US-based UnitedHealth Group and the purchase of a 27.7% stake in the Transelec electricity distributor by China’s Southern Power Grid International.