Chilean lithium has the smallest carbon footprint on the planet

The South American country is the world’s second largest lithium producer after Australia and holds approximately 45% of global reserves of this mineral, which means that new business opportunities will undoubtedly emerge over the coming years.

Chile is the world’s second largest lithium producer after Australia and holds approximately 45% of global reserves of this mineral, which means that new business opportunities will undoubtedly emerge over the coming years.

This lightweight metal is essential for manufacturing electric vehicle batteries, and is garnering the most interest these days of all Chile’s minerals, except for copper of course. The country is also a major producer of iodine and potassium.

Lithium production in Chile is concentrated around the Atacama Salt Flat, which holds one of the most highly disputed reserves of this mineral on the planet and is the production center for the country’s two lithium-producing companies, Albemarle and SQM.

A study conducted by the Pontificia Universidad Católica de Chile and the engineering firm Dictuc calculated the carbon footprint—meaning greenhouse gas (GHG) emissions—of the two operations in the Atacama Salt Flat in order to compare it with the footprint of lithium production in Argentina and Australia, the country’s two main competitors.

Those emissions depend mainly on two distinguishing factors: the quantity of fossil fuel used to generate electricity on the national power grid, and factors intrinsic to the processes, inputs and reagents used.

The expert also anticipates that this trend will only accelerate in the short term, and that could even cut the local carbon footprint indicator in half in five years.

Chile produced 162,477 tons of lithium carbonate equivalent in 2021. Future demand forecasts for lithium, along with the development of electricity storage infrastructure and electromobility solutions, have attracted investor attention to this mineral.

Chile has deposits of many different minerals, from copper to rare earth elements. To learn more about lithium mining in Chile, read this article. 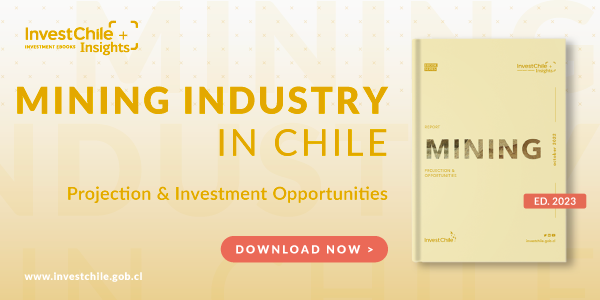