What is the minimum monthly wage in Chile?

What payments must companies make on account of social security for their employees (pensions, healthcare and insurance)?

Can I hire foreign workers for my company?

What is the duration of the working week?

For further information about labor laws and social security in Chile, download this chapter of our Investor’s Guide. 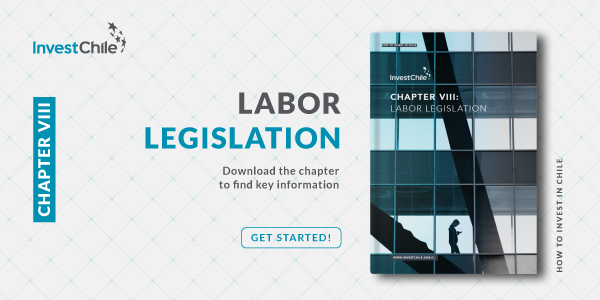