Chile’s Energy Minister, Mining Minister and Public Works Undersecretary made presentations at the VI International InvestChile Forum 2022 on opportunities that the Chilean Government is offering to foreign investors. The main focus? Sustainability.

Speaking from the panel, Minister Pardow noted the rise in renewable energies in Chile and commented that current opportunities are in flexible energies, which could replace the outgoing coal-based energy. «We have close to 80 tenders for next year and two are key for the decarbonization process: the first, valued at US$ 200 million, is for storage systems that would dampen the frequency of line transmission, and we also have the first tender for a transmission line for which the ministry has already conducted a transmission pathway study and a strategic environmental assessment,» affirmed Pardow, who added that this will expedite its construction and startup considerably.

For his part, Undersecretary Herrera emphasized that the Public Works Ministry’s concession policy «is a standing government policy,» and will continue as such during President Gabriel Boric’s administration. «Since 1991, we have signed 108 contracts representing an investment of US$ 27 billion, which is a substantial figure. For 2022 to 2026, we have an investment portfolio on the order of US$ 13 billion that includes 45 tenders and will involve approximately 52 projects,» detailed Herrera.

The Undersecretary highlighted that, unlike in the past, foreign investors will now enter into «second generation» contracts, which place special attention on ensuring that projects and concessions implemented in Chile have a «strong green component.» This means that they must be environmentally friendly and address issues such as climate change and the circular economy. «And engagement with local communities and territories is also essential,» he asserted.

Minister Hernando, meanwhile, delivered a reassuring message to investors in attendance by confirming that the reforms currently underway in Chile will not impact the mining sector. «With the institutional tools and legislation we have in place in our country, we can say that we’re just as secure as we’ve always been, and even though we are currently undertaking some reforms, none of them presents any real threat to the mining industry,» affirmed the Minister. 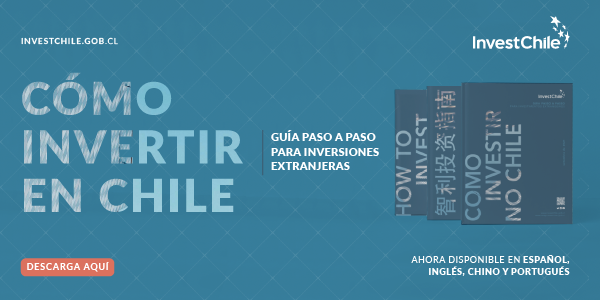 Future-oriented solutions: 4 companies that decided to invest in Chile