Sales to Switzerland were driven by precious metals, while Dubai stood out for potassium nitrates, and manufactured goods were key in Paraguay. Although China took the lead again, these markets followed it in terms of growth. 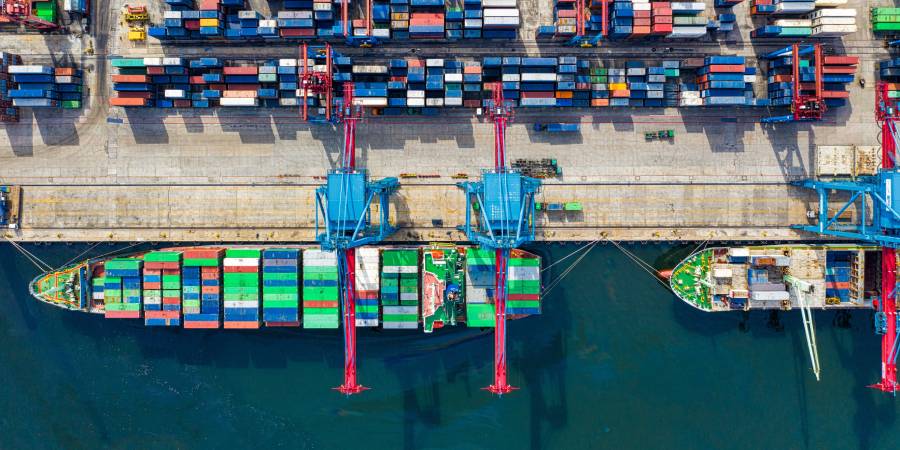 Beyond the strong growth reported again by China for Chilean non-copper exports last year – with US$6.9 billion in shipments and a 22% increase over 2019 – other less common markets showed striking growth.

While some of Chile’s foremost trading partners – the United States and Japan – recorded lower sales compared to 2019, markets such as Switzerland, the United Arab Emirates and Paraguay followed China in terms of increased shipments.

A ProChile analysis based on Customs data revealed that Switzerland reported shipments of US$831 million last year, 38.6% up from 2019. Precious metals and products made from them account for this change, with sales of US$780 million, led by gold and silver manufactured goods.

Agribusiness recorded an 11.3% increase, with fruit pulp and jam, frozen raspberries and blackberries, canned fruit, and prunes all performing well.

“This growth is a direct result of us strengthening our ties in this market,” explains Sofía del Sante, ProChile’s trade representative in Munich, who is responsible for Switzerland and Austria. She adds that in 2021 Chile “will seek to increase our presence” in Switzerland, “not only with a focus on precious metal exports, but also on the opportunities that are starting to open up for dried fruits and niche wines.”

Del Sante states that as Switzerland has been ranked as the world’s most innovative economy by the 2020 Global Innovation Index, “we will look for new opportunities for high value-added products and services, given the conditions offered by this market for Chilean companies to scale.”

The UAE stood out with shipments of US$222 million in 2020, an increase of 28.3%. Potassium nitrates were the main drivers with exports of US$97 million — a significant hike from last year’s US$20,000 — followed by 5.6% growth in fresh fruits, most notably apples, kiwis, pears, and cherries.

Speaking from Dubai, ProChile Trade Commissioner Carlos Salas said, “the pandemic has enhanced the role of the UAE as a hub for re-exporting in the region and this resulted in increased demand for potassium nitrate as a fertilizer,” in a food safety campaign.

In January this year, shipments increased by some 20% compared to the same month last year. Referring to Expo Dubai, which will get underway in October, Salas explained that the strategy will be based on three pillars: food safety, renewable energy, and support for entrepreneurs working with copper nanoparticles in foodtech and those focused on the efficient use of water.

The third “surprise” of 2020 was Paraguay, with shipments of US$178 million, 32.8% up from the previous year. This growth was driven by the manufacturing sector, which increased by 4,321.2% due to the export of US$74 million of optical, precision and other instruments and US$1 million of cars and other vehicles.

ProChile’s Trade Commissioner in Paraguay, Carlos Brunel, explains that this year is likely to see a continuation of the trend for virtual business meetings offering “technological solutions that help to diversify the energy matrix and promote energy efficiency in the country”.

Food innovation and solutions that help implement sustainability strategies in agriculture and livestock farming will also be part of ProChile’s 2021 agenda in Paraguay.

To learn more about business opportunities and investments in Chile, read the following article.