The project, an initiative of Highly Innovative Fuels (HIF), with participation from Siemens Energy, involves building a 3.4MW wind turbine and a 13kV back-up transmission line on a 3.7-hectare site in Chile’s far south. 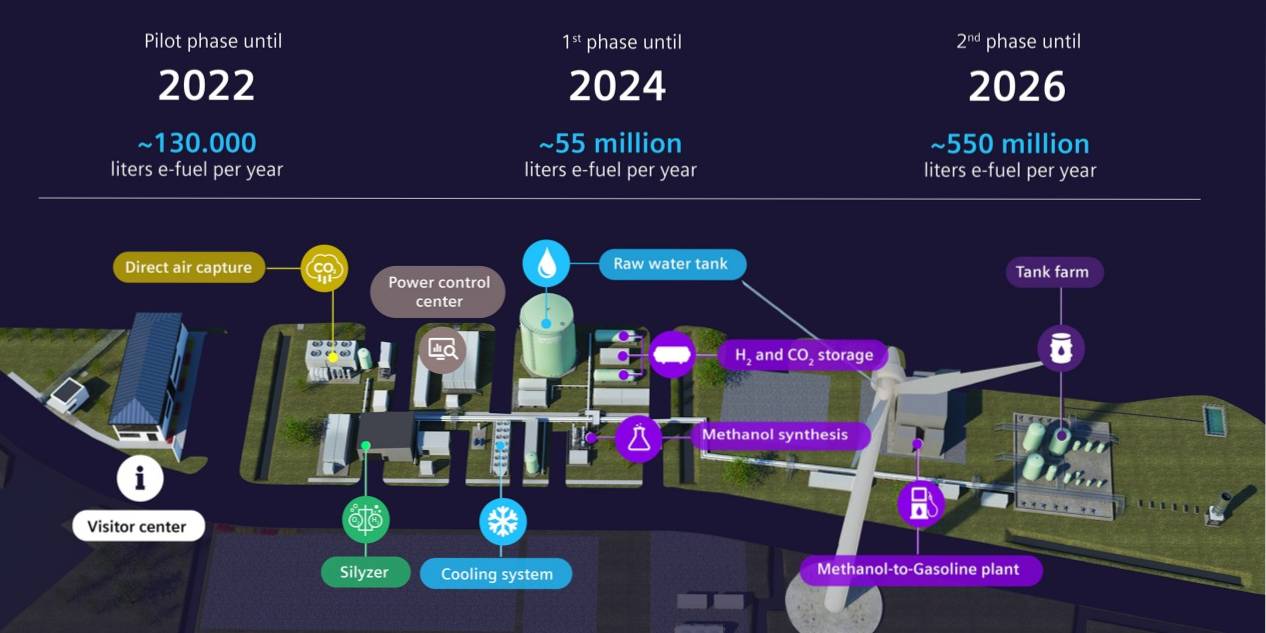 The plant will have a 3.4MW wind turbine and a 13kV back-up transmission line and be built on a 3.7-hectare site within the Tehuel Aike estate in Punta Arenas. The project will take up a total of 5.7 hectares. The construction work is expected to generate around 150 jobs and take around a year to complete. The plant will have a service life of 25 years.

A press release from the Energy and Mining Ministry explains that the pilot plant will use energy from wind power to separate green hydrogen from water. It will then be combined with CO2 captured from the atmosphere to produce methanol through a process called synthesis. This process will produce carbon-neutral gasoline, which can be used in conventional vehicles, with no modifications required.

The plant is expected to produce 350 tons of crude methanol and 130,000 liters of gasoline per year. Both fuels will be stored in tanks and transported by truck to Puerto Mardones, 35km away, ready for export.

It is also forecast to produce 16 tons of carbon-neutral liquid gas per year as of 2022.

The energy of the future

Energy Minister Juan Carlos Jobet called the approval of the project “a historic day. We’re going to be producing the fuel of the future to fight climate change in Magallanes.”

An Energy Ministry study suggests that the Magallanes and Chilean Antarctic region could eventually produce 13% of the world’s green hydrogen, given its huge potential for wind-based energy production. In fact, “it has been estimated that Magallanes could generate sevenfold the amount of electricity currently being produced by Chile’s entire electricity matrix.”

To find out more about renewable energy and green hydrogen investment in Chile, please read the following article.

Tourist centers in Chile. Where to invest?

Energy: Where are the investment opportunities in Chile?