Areas that range from the development of electric vehicles and strategies to add value to lithium through to the growth of renewable energies are among those that will benefit in a market that is growing on a daily basis. 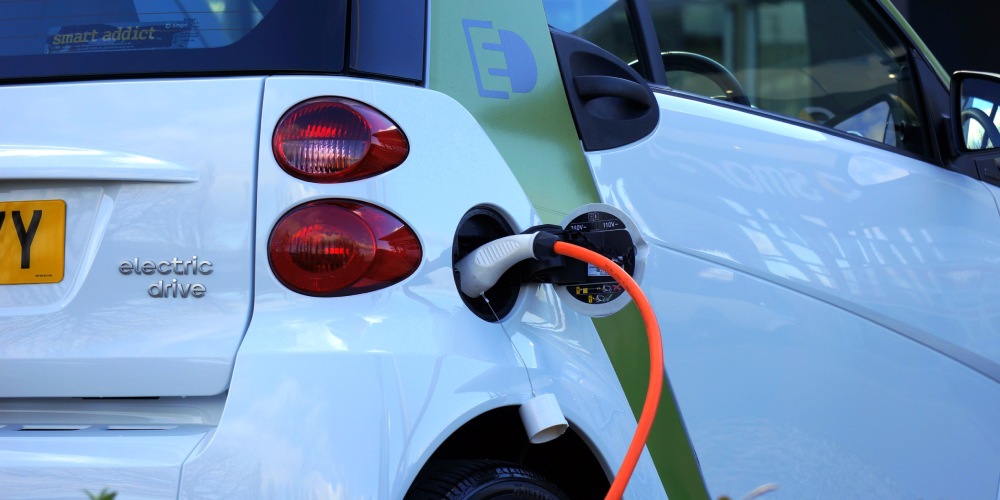 In just a couple of years, the situation of urban transport in Chile has changed or, rather, diversified. In the capital Santiago, the city with the country’s highest population density, electric vehicles are available and in use as a means of supporting climate action and reducing greenhouse gas emissions.

In addition to the city’s electricity-driven Metro subway, there are trucks, urban and intercity buses, cars and scooters, which demonstrate that it is possible to move around in a less polluting way.

This growing phenomenon, which is gradually spreading to the regions, also indicates a promising future, not only as regards achieving cleaner, quieter and more modern cities, but also creating new businesses and opportunities for entrepreneurship in innovation and technology.

An important element in this new industry is lithium of which Chile possesses around 52% of the world’s reserves in the form of brines, mainly in the Atacama Salt Flat.

This metal, which many refer to as “white gold or oil” because of its high demand and value, is used not only in batteries for electric cars, but also for devices such as computers and mobile phones. According to estimates by ESK Consulting, demand for this resource is forecast to grow sevenfold by 2025.

“Through CORFO, the government, together with academia and the industry, are seeking to add value to lithium in Chile, rather than just exporting it as a mineral,” says the executive director of the Energy Sustainability Agency, Ignacio Santelices.

According to Santelices, it is important to bear in mind that electromobility has “important social, economic and environmental benefits for the country so, independently of the results of these processes of adding value to lithium, it is necessary to continue promoting electromobility.”

Electromobility will revolutionize how Chilean industries and organizations work and function, predicts Santelices. And he gives an example: “Santiago is the city outside of China with the largest electric public transport fleet in the world and, among others milestones, the Energy Sustainability Agency has Latin America’s first two-way electric vehicle charging facility (V2G).

By 2020, we will see progress on the challenge of having more models of electric vehicles in the country and, for this, the tender for the Metropolitan Mobility Network and the entry of electric buses in public transport in the regions will be very important,” he says.

Chile is currently seeking to promote the development of this technology in different fields. For example, says Santelices, the Sustainability Agency is working on a pilot project to accelerate electromobility in five companies, with the aim of detecting opportunities and their needs in terms of incorporating electromobility. In addition, the government through Energy Minister Juan Carlos Jobet has recently announced the implementation of 150 public charging points for electric vehicles by the end of this year as well as plans to strengthen transmission since, as mass use of electric vehicles increases, demand for energy will also grow.

An electric vehicle can be a plug-in hybrid with only batteries or hydrogen fuel cells. However, they all use an electric engine to move the wheels and take advantage of the energy dissipated when braking to regenerate and recharge the batteries. This improves their performance as compared to conventional vehicles with an internal combustion engine. Indeed, electric vehicles do not emit gases or polluting particles so Chile’s aim today is to move increasingly towards an electricity matrix (that will power these electric vehicles) that uses clean renewable sources, a sector that will also grow with electromobility.

“By not having a combustion engine, an electric vehicle not only contributes significantly to the reduction of carbon dioxide, the main gas responsible for climate change, but also emits less noise, a factor considered a pollutant that affects quality of life, particularly in large cities,” says Mauricio Osses, a civil mechanical engineer and an academic at Universidad Técnica Federico Santa María. He explains that, for all these reasons, many universities are researching different aspects of electromobility. His university, for example, has research projects related to the design and construction of ultra-efficient charging systems, batteries, controllers and even 100%-electric vehicles manufactured entirely in Chile.

“The aim on electromobility is not merely to be observers, but also to participate in the technological development,” he says. “We have to create the local capabilities that this new mobility model will require and develop tools that contribute to future smart cities, such as networks of interconnection between people and energy distribution,” explains Osses, who works on the Electromobility Platform developed by Universidad Técnica Federico Santa María for the Energy Ministry.

Its research and development work is based around four pillars: work on the parts and components of the vehicle; improvements in energy storage; control of energy flows and integration to increase efficiency; and data management in the vehicles.

Osses explains that another area of ​​research with high medium-term potential is the incorporation of hydrogen into electromobility as a means of offering solutions for vehicles with a high energy consumption such as trains, ships, trucks, construction machinery and mining applications.