NotCo, Algramo, Wheel the World, Karün and Viña Emiliana are among the 12 companies to feature in the “Chile Creating Future” campaign as part of a new strategy to position the country in the eyes of the world and to promote trade and foreign investment to Chile. 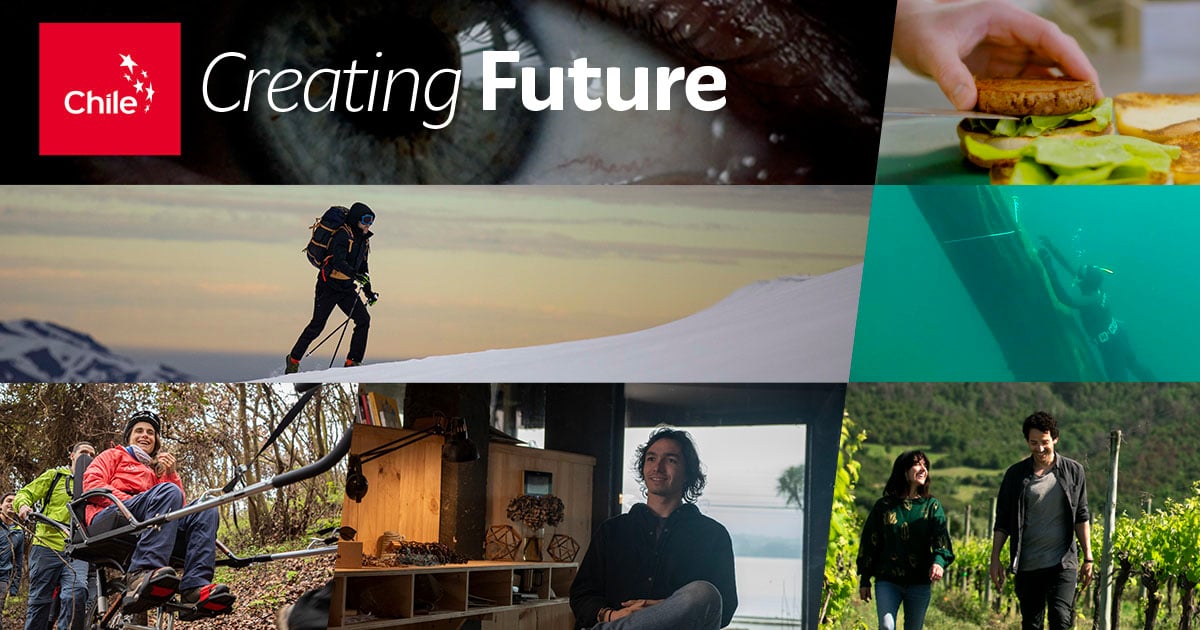 In a bid to draw attention to Chile’s creative and innovative talent, the new 2020-2030 strategy of the Imagen de Chile organization, “Chile Creating Future”, features 12 local entrepreneurs who are offering solutions to different global needs through innovation.

NotCo, Betterfly (Burn to Give), Wheel the World, Karün, Viña Emiliana, Bosque Hundido, Solubag, Algramo, Fundación Basura, Balloon Latam, Socialab and ArchDaily are the faces of the campaign with which Chile will seek to position itself in the eyes of the world over the next decade as a brand with purpose. As a result, the country’s image will no longer be based only on its territory, but also on the Chileans who are developing a new way of thinking and doing.

The new strategy was launched at Santiago’s Visual Arts Museum (MAVI) by Foreign Minister Andrés Allamand and the director of the Imagen de Chile organization, Constanza Cea, who presented the first audiovisual piece in the campaign “Chile Creating Future” (#ChileCreatingFuture), which began to be used internationally today.

“Chile is a country with an international vocation that constantly asks itself what it can contribute to the world,” said Minister Allamand. He added that its contributions include caring for Antarctica, the country’s role as home to 70% of the world’s astronomical observation capacity, the Protected Areas that cover 40% of the country’s maritime territory and the provision of cutting-edge renewable energy technology.

This is the first stage of the campaign and comprises 15 pieces that will be broadcast in Chile, the United States, the United Kingdom, Spain and Brazil in three languages ​​(English, Portuguese and Spanish).

The stories that make up the narrative were chosen in a process that sought to highlight people and brands that embody the attributes and values ​​that Imagen de Chile wants to capture as a brand message and purpose. All are agents of change in different areas such as conservation, nature, tourism, inclusion, healthy foods and sustainability.

The new country brand strategy “seeks to differentiate Chile from other countries in the region, focusing on what it has to contribute to the world, and represents a shift in what we have been doing in terms of international promotion,” explained Cea, adding that the time had come to “move on from landscape to people, from geography to innovation, from growth to sustainability and from what Chile receives as a country to what it contributes.”

Thomas Kimber, founder of Karün, stressed that “there are thousands of innovators in Chile who have something to offer the world and we are part of the kick-off of this campaign, which we know will draw on the stories of many others like us. Being part of this campaign is, therefore, also to motivate so many others who are also treading this road.”

To find out more about innovation in Chile, see this article.

Prize for start-up that converts plastic into fuel