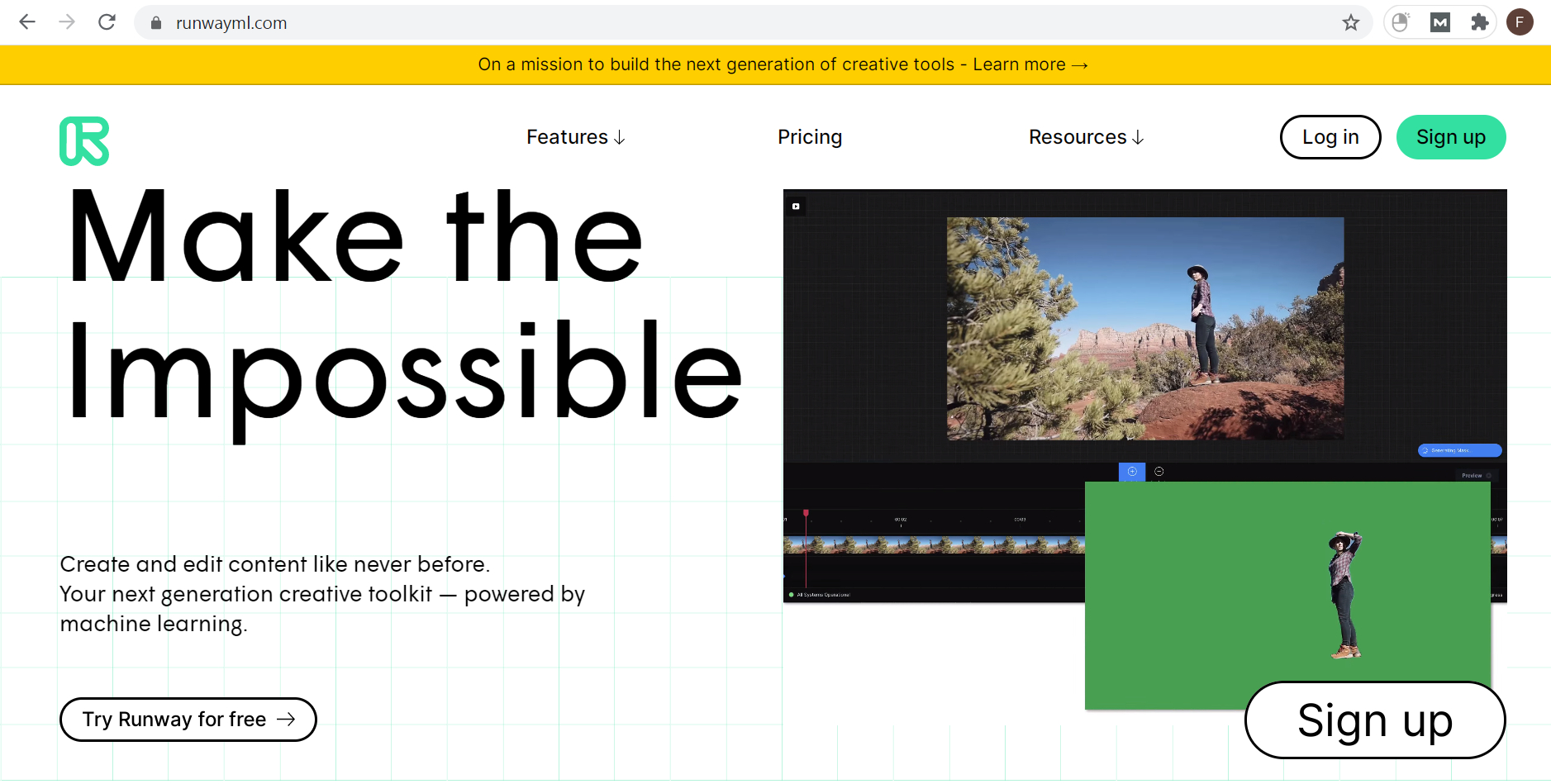 Runway was founded at the end of 2018 by postgraduate Chilean students at New York University, with the aim of automatically generating, modifying and editing “synthetic content” or, in other words, hyper-realistic audiovisual products, based on artificial intelligence (AI) algorithms.

Using machine learning models, the tool can learn or recognize the characteristics of objects presented to it and then automatically create innumerable variations of images, sound, text and video of the object. This is similar to what occurs in the production of video games and cartoons, with the difference that the audiovisual elements created are hyper-realistic.

“Traditionally to make a movie, you need to use a camera or a mobile phone to record the actor in the scene. The new models, based on artificial intelligence, redefine how content is generated, where you no longer need to go and record with the camera but, instead, can generate [the content] artificially in the computer in real-time,” explains Cristóbal Valenzuela, CEO of Runway.

You can, for example, create a photo without actually needing to take it or obtain it from a search engine. The algorithm literally generates every pixel of the photo, including faces, objects, landscapes, etc., which reduces production time and costs.

“By incorporating AI, we are reinventing tools such as Adobe Photoshop or Premiere and creating a new type of interactions and capabilities in the art world and the audiovisual industry,” adds Alejandro Matamala, CDO of the start-up.

In the same year Runway was founded, it raised US$2 million from US-based Lux Capital, Amplify Partners and Compound Ventures. Its business model offers a free version with access to some functions, but requires a monthly subscription to be able to access all the platform’s functions.

The platform, which is intended for use in creating audiovisual pieces such as advertising spots, video clips, films or the design of commercial products, has been on the market for just over a year and is already used by brands such as New Balance, music bands, Hollywood film producers and architects as well as students at universities in Europe, the United States and Chile, including the Massachusetts Institute of Technology (MIT), the University of California (UCLA), the Catholic University of Chile (UC) and the Adolfo Ibáñez University (UAI).

It currently has some 60,000 users “and the idea is to double and even triple that figure by the end of 2021, given that the coming years will bring a new need to create audiovisual content, not only in the areas of art and audiovisual production but also in any industry that plans to use it for internal corporate and marketing purposes,” says Matamala.

To find out more about the creative industries in Chile, see this article.

Cancer test developed by Chilean start-up to be distributed abroad