The Transport Ministry is coordinating the arrival of the minibus with a capacity for 12 passengers. It will be used on a route in the capital, Santiago, before being taken to the regions. 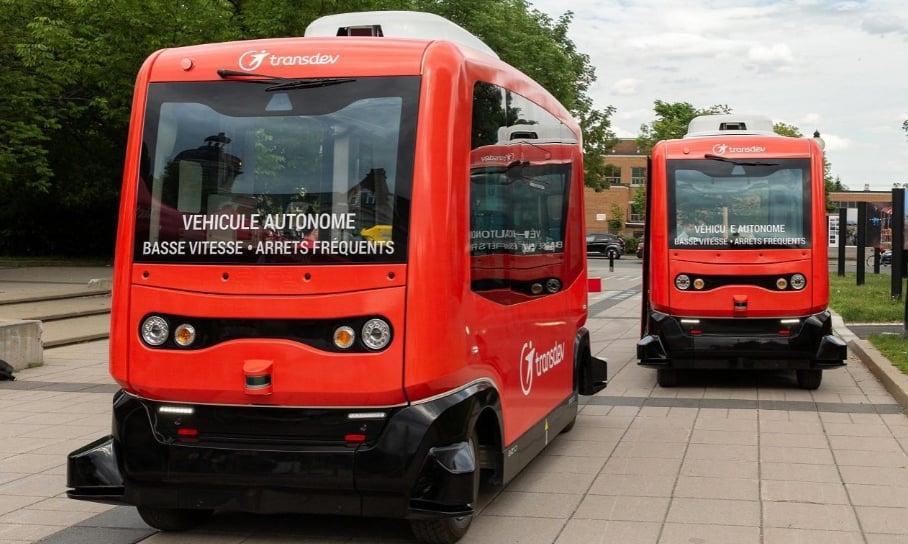 A total of 1.3 million people around the world die in traffic accidents each year, according to the World Health Organization. In the light of these figures, countries are taking measures such as the reduction of speed limits while industry has been contributing innovations: autonomous vehicles, which do not need to be driven by a human and, it is estimated, could progressively replace people.

One of the most popular models for passenger transport could arrive in Chile in September as part of a project coordinated by the Transport Ministry and the Inter-American Development Bank.

It is an electric minibus belonging to Transdev (the company that controls Chile’s Redbus), which has implemented 50 projects of this type in the United States, Europe and Australia since 2005. The model is the EasyMile EZ10 and can carry 12 people (six seated). It is expected to circulate at an average speed of 12 km/h. Rides will be free.

The vehicle, with a height of 2.8 meters and a length of 4 meters, is designed for short “last mile” journeys. The Transport Ministry anticipates that it may operate in the O’Higgins Park sector of Santiago, although this has yet to be defined. After that, the minibus will be taken to the regions.

Minister of Transport and Telecommunications Gloria Hutt explains that “we must begin to analyze these technological advances so that, in the future, we have the largest amount of information available with which to establish an adequate regulatory framework and have clarity about its operation.” She adds that, after the tests, users will be surveyed and ministry officials will receive training in the area.

According to the CEO of Transdev, Hernán Berríos, Chile will be the first country in Latin America where a pilot plan is implemented. “It is the most prepared to address the challenge of autonomous mobility,” he says.

How do these vehicles operate? Mauricio Mascaró, a researcher at the University of Chile’s Advanced Center of Technology for Mining, who has participated in the development of autonomous vehicles, indicates that cars of this type have cameras and laser sensors with which to identify objects such as posts, signs, people or other nearby vehicles.

“Then, with a computer, the car is programmed to make appropriate decisions such as stopping, advancing or turning on the lights,” he explains.

Mascaró says that the growing number of traffic accidents internationally has positioned the creation of these models as an option because “they are less prone to errors”.

In fact, he adds, international experience shows that there have been very few incidents linked to these cars. Similarly, Transdev indicated that it has experienced no traffic accidents since beginning to operate them.

To find out more about innovation in Chile and other investment opportunities, see this article.