The aim is to cover eight Chilean cities in 2019 with 7,000 scooters and, over the next 24 months, to open in six markets, starting with Argentina, Peru and Uruguay. 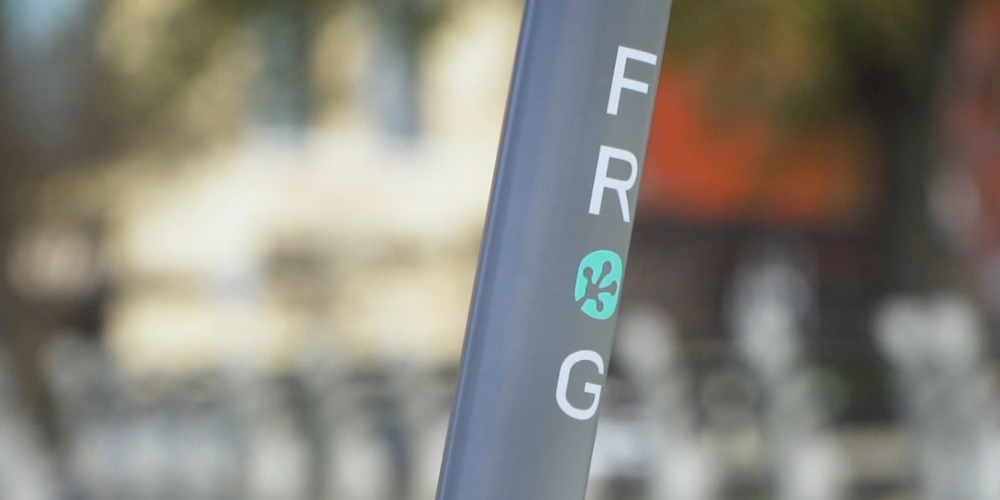 Chile has emerged as the focus of investment in last-mile transport and, in just two years, the number of companies offering scooters and bicycles as an additional alternative for short and medium-range journeys has multiplied.

At the same time, the sector has become very competitive, with around ten companies vying for clients in Santiago’s different districts, implementing strategies that have the city’s decongestion as the main driver of their deployment.

Frog, however, has decided to start in the regions before broaching the capital and began operations in the cities of Valdivia and Concepción in southern Chile in April and May, respectively, with 400 scooters.

“This is a market that is growing enormously,” says Frog’s country manager, Gastón Feijoo, who explains that the high penetration of this mode of transport in Chile reflects users’ awareness that there is an environmental problem to resolve.

​​Frog’s aim is to be present in a minimum of eight cities by the end of 2019, with 7,000 scooters. Two weeks ago, the firm managed to establish a foothold in Rancagua and Machalí and is in talks with municipal districts in Santiago to add them to the list.

According to Feijoo, one of the main impediments faced by the company’s adversaries in their bid to expand is the availability of inventory because, he says, none of them manufactures their own scooters. "With the backing of LLC, we will not have stock problems,” he assures.

Frog is a subsidiary of Sustainability Initiatives (LLC), an electric motor manufacturer with US capital. Financed by an investment fund, it had the idea of ​​expanding into the last-mile transport business through the manufacture and distribution of scooters.

“We have an ambitious plan to be present in the five continents,” says Feijoo. He reports that, when looking at where to start operations, the investors decided on Chile and, because of the positive reception, to use it as a base.

Frog’s expansion strategy has two parts, he says, because, within 24 months, they expect to start operations in six Latin American markets.

Argentina will be the second country where the scooter brand makes its debut and conversations there are well advanced, says the executive. Peru and Uruguay will follow by late 2019.

“It is not simply a matter of arriving and putting a scooter on the street; that is why we have met with the mayors of several municipal districts to present a concrete plan,” he explains.

Frog is in the process of defining how many scooters it will make available in these districts. Feijoo adds that 2020 will be the definitive year of the company’s expansion in countries such as Colombia and Ecuador, because “as we do not have a stock problem, all we have to do is see potential and obtain the permits.”

To learn more about investment opportunities and technology in Chile, see this article.