What will the first Chilean green hydrogen-powered train be like?

The project is in the engineering stage and testing will get underway in 18 months. The operational fleet of hydrogen-powered trains is expected to scale over the following 10 years. Chile is among the best-positioned countries for green hydrogen investment and development. 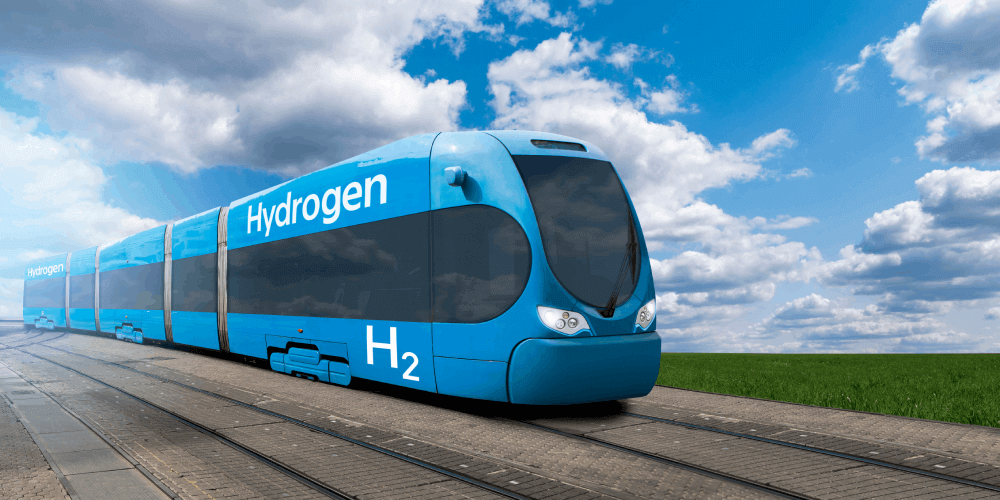 In January 2021, the Universidad Técnica Federico Santa María (USM), Hydrox, the state railway company Empresa de Ferrocarriles del Estado (EFE), and the Transport and Telecommunications Ministry (MTT) kicked off a project to develop an electric train that would run off a green hydrogen fuel cell.

Today, the prototype is at an advanced stage. The  basic engineering stage is already complete and the next step is the detailed engineering, which is forecast to be finished within one year. Testing is expected to begin in 18 months’ time, with the train being up and running in two years.

René Espinoza, Hydrox’s manager, says that the idea for the project arose from the opportunities being developed around green hydrogen, such as the National Green Hydrogen Strategy.

"We identified some opportunities and started discussions with the university with a view to introducing hydrogen into domestic consumption using transportation systems as a platform for that purpose," he explains.

USM already gained experience with this type of research - in 2018 they bid successfully to the Corfo technology program with a project to convert mining vehicles - using its green hydrogen electromobility laboratory for developing and testing these technologies.

The Transport and Telecommunications Ministry and EFE provided an electric train for green hydrogen and fuel cells to be installed.

The system works using a fuel cell that produces a reaction between hydrogen - which is stored under pressure in cylinders - and air driven by a blower. This reaction powers the electric motor and the only waste it produces is water. "The interesting thing is that the train is still electric. Ultimately, what hydrogen does through its physiochemical reaction is to produce electricity so it continues to exist in the field of electromobility," Espinoza explains.

The advantages that Chile has with regard to green hydrogen production

This type of system as an energy source for railroads is more efficient than those powered by diesel, continues Antonio Sánchez, a professor at the USM. "The efficiency of a combustion engine vehicle does not exceed 35%, while a fuel cell and electric system could reach 55%," he states.

He adds that an electric train powered through catenaries, which need to be electrically connected, would have the advantage of being autonomous if using lithium batteries.

"Hydrogen is a much more viable solution from the standpoint of autonomy for long distances or high power. The train meets both characteristics: it is a high-powered means of transport as it can easily reach one megawatt and it is also highly autonomous," he states.

A car running on green hydrogen could take between 5 and 10 minutes to recharge, while a train could need from 15 to 25 minutes depending on the number of cylinders installed. In addition, according to preliminary calculations made for the prototype, the train is estimated to be able to run autonomously for a distance ranging from 400 to 500 kilometers.

Sánchez adds that the project has "advantages that are strategic for the country," as the green hydrogen will be produced domestically. "It makes us totally independent from oil, which is an imported resource, and also opens up new business opportunities, whether in hydrogen production for transportation or hydrogen recharging in different places," he says.

Regarding the potential scaling up of this project, Espinoza projects a 10-year horizon to have an operational fleet of green hydrogen-powered trains, as long as the current prototype shows good results.

He points out that this prototype makes us "pioneers in the region" with regard to equipment for green hydrogen consumption and Chile should not only aim to produce green hydrogen but also to develop the country following this logic.

"Once are really producing hydrogen, when projects are in place, we can get involved in testing equipment and export not only the commodity but also knowledge and equipment," he says.

Moreover, Sánchez stresses the importance of this type of pilot project for getting involved in the operation and development of the vehicles, which could bring benefits.

"By being involved, we're going to have better options for operating the train and scheduling maintenance, thus saving companies money," he says.

AI video editing startup closes investment round in the US

Space AG, the Peruvian agricultural startup coming to Chile in 2022