Chile has an opportunity to include sustainability in its constitution

The leading economist and academic, one of the most respected internationally, set out his vision of the post-pandemic economy during InvestChile’s e-seminar. 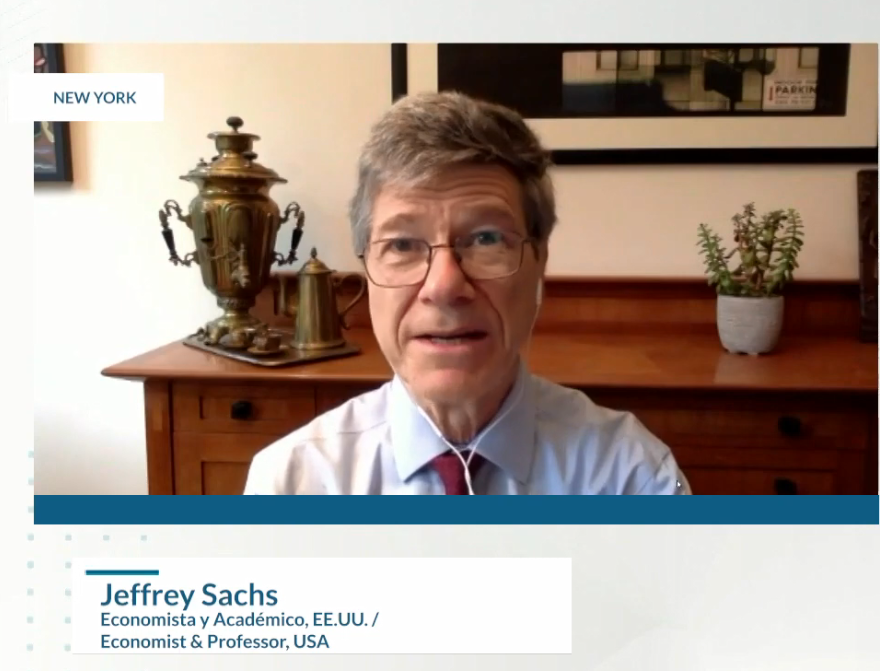 The development of the global economy after the pandemic, the post-Trump outlook for the United States and even Chile’s new constitution were among the issues addressed this morning by the American economist and academic Jeffrey Sachs.

Sachs, who is one of the leading voices internationally on the subject of ​​sustainable development and has twice been recognized as among the 100 most influential people in the world, participated from New York in the e-seminar “Chile: Re-boost to Investment and New Business Opportunities” organized by InvestChile (the Foreign Investment Promotion Agency), with the support of the Economy Ministry.

On the outlook for 2021, Sachs pointed to an improvement in world conditions, thanks to control of the pandemic and the departure of Donald Trump from the White House.

“We have a great improvement in the US, we are going to have a new president, which will stop the trade war and bring a resumption of global cooperation. On all fronts, we are going to be in a better position,” he assured.

He also highlighted the importance that the global economic reactivation be “green”, stressing that “it is important we have a clear recovery plan and this should be built by investing in a new clean economy.” He also noted Chile’s comparative advantages such as the generation of renewable energy, referring to the sunlight of the Atacama Desert. “Chile has the great advantage of having the world’s best solar economy at its disposal and that is very important,” he said.

On the debate in Chile about a new constitution, Sachs, who is a professor at Columbia University, indicated that “it is a good opportunity to achieve sustainable development, based on a commitment to social inclusion and environmental sustainability.”

He also stressed that “Chile has many strengths, it has been a successful economy and it is a place where good investments can be made, but we know that it faces the challenge of social inclusion and inequity. Although this has diminished, there is still an important gap.” He added that he hoped that “the process reflects the strengths of a mixed market economy and with commitments to social inclusion.”

The online event, which was followed by over 700 people, also included presentations by Economy Minister Lucas Palacios and Mexican employment and training expert Leticia Gasca. Players from the agri-food innovation sector and the field of digital talent also participated and representatives of overseas companies spoke about their next steps in Chile.

Watch the interview with Jeffrey Sachs below.