Between re-openings and higher occupancy levels, the French hotel chain Accor has registered greater movement in its 400 properties in South America.

Thomas Dubaere, CEO of the chain in South America, explains that reservations have risen thanks mainly to internal markets, with the exception of Colombia and Peru, where 15% corresponds to external tourism.

He confirms that constant improvement is being seen, with August boasting the highest occupancy level since April 2020.

In the case of Chile, occupancy has shown a sustained rise since January, when it was at 32.4%. Accor manages 23 hotels in the country under the Pullman, Ibis, Mercure and Novotel brands.

Since the start of the pandemic, six of its properties have been used as health residences. Four of them are now operating as normal: Ibis Budget Iquique, Ibis Valparaíso, Novotel Viña del Mar and Ibis Puerto Montt.

Mr. Dubaere explains, “Given that the vaccination process has moved forward, each day there is less and less need for health residences. Many hotels will therefore be resuming normal service over the coming weeks.”

Alongside recovering occupancy levels, the chain is also opening new properties. Mr. Dubaere states that they plan to open 25 hotels in six countries throughout the region in 2021: Argentina, Uruguay, Peru, Colombia, Bolivia and Brazil.

In Chile, the opening of the Novotel Arica is getting closer, planned for the summer of 2022.

In addition to the opening of the Novotel Arica, the chain is still speaking with investors about bringing lifestyle brands to Chile, focused on culinary, entertainment and design-focused proposals. Mr. Dubaere explains that they are in conversation about establishing Mama Shelter and Jo&Joe in Valparaíso and Santiago.

He also reports that they are interested in bringing Tribe to Chile, as it is one of the Accor brands with higher projections. They could also make room for SLS, which is a brand that can be developed through luxury hotels.

“This business segment has a lot of potential. We began it in the region with Argentina and SLS Puerto Madero alongside Faena, another internationally recognized brand with hotels in Buenos Aires and Miami and which is now part of Accor’s lifestyle portfolio,” Mr. Dubaere states.

Accor also has plans to broaden its presence in Chile through a strategy focused on converting local brand hotels, making them part of a franchise model under the Accor umbrella.

To find out more about foreign investment in Chile and business opportunities in hotel infrastructure, please read the following article. 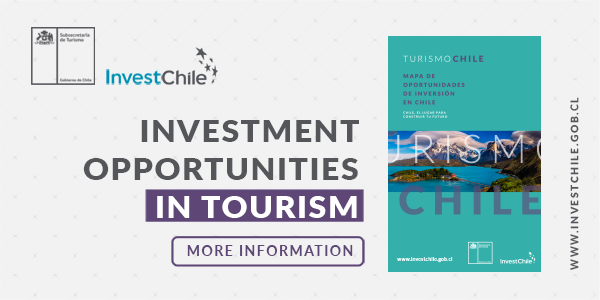 Chilean products with seal of origin that travel the world