Chile: 10 facts about the first IKEA store in South America

The Santiago de Chile store is IKEA’s first in Latin America. It is a 15,000-meter space that includes more than 8,000 meters of sales area. The store will also employ some 700 people in Chile. 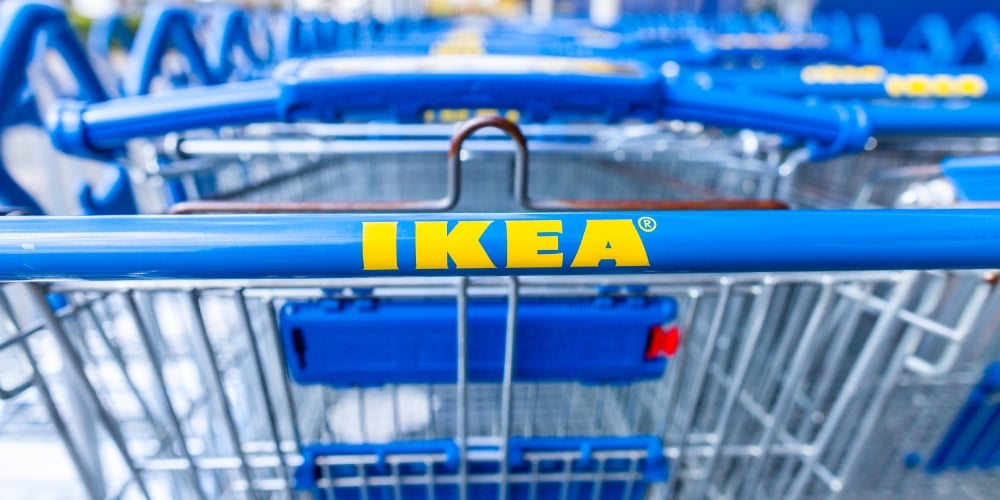 When the Swedish giant IKEA announced its expansion in South America in 2018, the company said it would be the fastest in its history. Its arrival in Chile was expected by the end of 2020, but the Coronavirus pandemic delayed their plans and it only opened its first store in the country this August.

The Santiago de Chile store is IKEA’s first in the region. It is a 15,000-meter installation that includes more than 8,000 meters of sales area. The store will also employ some 700 people in Chile.

Marita Marante, Operations and Customer Relations Manager for IKEA Chile, Colombia and Peru, told Radio Infinita, “Chile is a stable country that values sustainability. Most people needed a solution like the one we can offer.”

IKEA’s first space in Chile follows the same logic as the rest of their stores around the world. You first enter the furniture showroom, where you can see different styles and spaces that are fully decorated. As you advance, you reach the children’s area and a floor dedicated to products to decorate your home.

IKEA workers have been trained in the brand’s values, such as caring for people and the planet, and cost consciousness. They have traveled for training in the company’s most iconic stores around the world, and this has been accompanied by visits to Chile from international experts and online training. People from IKEA have also moved to the country to help with the installation process.

At the same time, Ikea.cl has begun to operate so people can make purchases online.

“They are heavily involved with the omnichannel value proposition, with very strong ecommerce, with a powerful integration between ecommerce and physical stores, and with incorporating technologies from the fourth industrial revolution in the customer experience; for example, augmented reality,” states Claudio Pizarro, a researcher from the Retail Studies Center (CERET) in the Industrial Engineering Department at the Universidad de Chile.

The company has had more than five billion visitors to their website, and 775 million customers have visited their stores. 26% of their sales around the world are currently made online.

2. Long-awaited opening of IKEA in Chile

Chileans waited in long lines for the opening of the Swedish brand in the country. The inauguration ceremony was attended by three senior IKEA executives. The CEO of Inter IKEA Group, Jon Abrahamsson, the CFO of Inter IKEA Group, Martin Van Dam, and the Expansion Manager of Inter IKEA Systems, Maria Johansson, all arrived from the company’s headquarters in Sweden. They were in charge of kicking off the first IKEA store in Chile and South America, alongside executives from Falabella.

IKEA will use Falabella’s logistics network, which will have specially dedicated teams. The Chilean retailer now has more than 260 click & collect points for picking up online purchases. These will be progressively made available for picking up small and medium-sized purchases from the Swedish company.

4. When will the second IKEA store open in Chile?

The second IKEA store will also open in Santiago in the second half of the year.

The brand will also open stores in Colombia and Peru, hand-in-hand with Falabella. Their agreement includes opening nine points of sale in the three markets within a ten-year period. In fact, IKEA planned to enter 17 new markets and open 50 new locations per year between 2019 and 2023.

6. Why is IKEA so successful?

“There are three things that make IKEA’s arrival in Chile particularly attractive and that explain why the company is a worldwide phenomenon,” says Managing Director and Partner at BCG, Cristián Carafi. These are: a very successful model for internationalizing and transforming the furniture industry; the design of its products, which are intended for increasingly reduced spaces at affordable prices; and a shopping experience that combines a showroom and a powerful omnichannel proposition.

IKEA was founded in Sweden by Ingvar Kamprad, who died in 2018. Since 1989, the Lichtenstein-based Interogo Foundation controls the group, and aims to expand and provide continuity to the IKEA concept. The son of its founder, Mathias Kamprad, is now on the group’s advisory board.

Inter IKEA Group has three divisions: franchises, products and supplies. The IKEA franchisor is IKEA Systems B.V., which handles the concept for the different parts of the world. Up to August 2021, there were 11 franchise operators; Falabella is the twelfth.

Below IKEA Systems is IKEA of Sweden AB, responsible for the design of the entire range of products. IKEA Systems B.V. commissions IKEA Supply AG to source, sell and distribute IKEA products to its franchisees.

The parent company charges each franchisee an annual fee of 3% of their net sales, in exchange for selling their products and operating IKEA stores. In 2021, the company earned €1.273 billion in this way, 9.5% more than in 2020. It also earned €24.282 billion from the sale of wholesale products to its franchisees. And according to the brand’s 2021 Tax Report, Chile has already reported €3.7 million in revenue.

7. IKEA and its economic and sustainable business model

IKEA founder Ingvar Kamprad wrote a document entitled ‘The Testament of a Furniture Dealer’. As a Harvard study explains, the first aspect of IKEA furniture is the difference in price. “Any designer can design a desk that will cost 5,000 kronor. But only the most highly skilled can design a good, functional desk that will cost 100 kronor,” wrote Kamprad.

Their low-price stamp has come to transcend furniture. In 1995, the firm launched a hot dog at five kronor (less than US$1), half of what it cost in the street. Despite the low margin, the large quantity sold made the strategy successful.

“The company’s proposition will stand the test of time. What they essentially do is offer a very good design at low, accessible prices. May great design reach the whole world,” states Claudio Pizarro.

The company launches between 2,000 and 2,500 products each year and withdraws the same amount, to always maintain a portfolio of about 9,500 products. All the designs are their own.

“All product development starts with a target cost, and if they aren’t profitable, they aren’t introduced,” states the Harvard study.

9. How does IKEA adapt to each market?

The company seeks to adapt to the needs of their users in each market they enter. They say that for IKEA Chile very detailed work was carried out to truly understand the lives, dreams and challenges of Chilean households, and be able to better focus and guide the solutions and assortment of products to be offered.

The Harvard study explains, for example, that an investigation carried out by IKEA found that while North Americans preferred to keep their clothes folded, Italians hung up most of their clothes. As a result, North American drawers have more space than European ones.

The so-called IKEA Effect emerged in 2011, alluding to the brand. It was named by researchers Michael Norton (Harvard), Daniel Mochon (Yale) and Dan Ariely (Duke), who, through several experiments, showed how people tend to value a product more when they put it together or assemble it by themselves.

To find out more about investment opportunities and why companies are choosing Chile for regional expansion, check out the following article.