The number of desalination plants is increasing, while Chilean companies and foreign investors’ consumption of seawater has been constant. Cochilco also revealed that the sector's share of GDP reached its highest point in the last seven years. 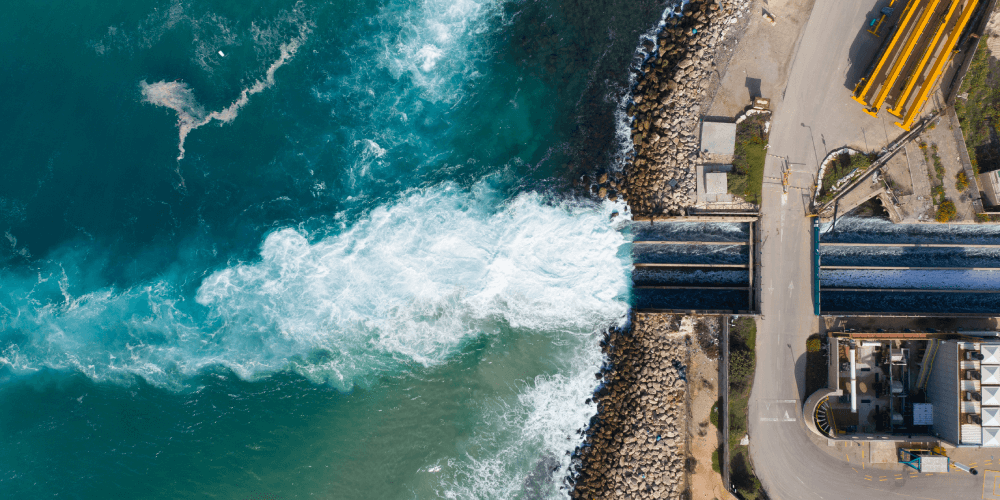 Water availability is a continual challenge for mining companies, especially as a consequence of the extensive drought in Chile. This has led companies to expand their use of desalination plants to take advantage of this marine resource.

Seawater consumption is continually increasing, according to the latest yearbook issued by the Chilean Copper Commission (Cochilco), which presents data for 2020 and was launched during the mining fair Expomin. This consumption has grown at an average annual rate of 20% over the last five years, to reach 5,277 liters per second, which is 30% more than the previous year.

According to Marco Riveros, Cochilco's executive vice president, seawater consumption is expected to reach 11.3 cubic meters per second by 2030, an increase of 113% over 2020, with an average annual growth rate of 8%.

Water and energy resources in Chile

Another aspect mentioned in the yearbook is energy consumption within copper mining, as last year it reached 180,002 terajoules (TJ), which was 2.5% more than in 2019 and represented its highest annual consumption in the last decade. The increase in 2020 was mainly due to higher electricity consumption.

Mr. Riveros explained that over the last decade energy consumption has increased faster than copper production, due to structural factors such as lower grade ore and other reasons, which together increase fuel and electricity requirements. "These factors are expected to continue to intensify going forward," he noted.

Cochilco reports that Chile managed to keep its production volumes constant despite the impact of COVID-19 and other factors, such as falling ore grades. The yearbook reports that the mining sector’s share of national GDP measured at current prices was 12.5% in 2020, its highest share in the last seven years.

Mr. Riveros expects that significant changes in production volumes are unlikely over the coming years. Although it is expected that Chuquicamata Underground will achieve its production forecasts and new projects such as Quebrada Blanca II will be added, "Production increases will only be moderate in the coming years, implying that mining's share of GDP may remain the same," he said.

However, investment in fixed assets (property purchases, processing plants and equipment) totaled nearly US$8 billion, which was 21% less than in 2019.

Regarding how this investment will behave in the coming years, he added, "It is unclear, but it is important to understand that there is a direct, positive correlation between this investment and years before mining projects are launched, and this assumption will lead the private sector to drive this indicator upwards during the next two years, to reach values similar to 2019."

The fall in investment at large public and private copper mining companies in 2020 compared to 2019 is considered to be normal by Cochilco in the midst of the COVID-19 pandemic, as this threat delayed the acquisition of fixed assets during 2020.

"This should stabilize over the next two years, including 2021, when many mining projects currently under development will begin acquiring their operating equipment," he said.

What elements have been key to attracting FDI to Chile in the past 5 years?