Pinterest aims to expand its market in Latin America

The inspirational app has launched a US$20 million fund to invest in and reward its content creators. This advertising model for the creative industries will arrive in Chile in 2022.

Pinterest has taken the path from "inspiring" to "monetizing". It is an online platform that began in 2010 and simulates cork boards where users can collect images, ideas, interests and hobbies.

This purpose has been maintained for over a decade, and the app has become essential for anyone developing ideas. "The time has come to make some changes. We want to be a showcase for those who are creating content, and we want them to make money as well."

Fernanda Cerávolo, Director of Content and Creators at Pinterest, is leading this process; she believes that "this is the natural path followed by all platforms," which has simply been accelerated by the pandemic.

"We are improving how our platform spotlights the people behind the content, and gives them the tools to make Pinterest a place where they can build an engaged and inspired audience,” she says.

Accordingly, a US$ 20 million fund was recently launched, with a special focus on Latin America, together with various innovations that will promote this incipient advertising business.

Fernanda explained, "This is a pilot scheme that started in the United States. It was offered to 500 creators there and the idea is to expand it.”

In line with this aim, the Ads model arrived in Brazil in April this year, and a month later in Mexico. "The goal is to continue expanding. Next year we will launch monetization in other countries, including Argentina, Colombia and Chile,” said the executive.

Fernanda, who was formerly Google's creative lead for Latin America, commented: "The region is attractive because historically it has had a high visibility and engagement rate," which explains why Pinterest is focusing on these countries.

Investment in creative industries in Chile

It has taken Pinterest seven years to become familiar with Latin America, after opening its first office in São Paulo. Since then, it has worked with regional brands and creators, including Chileans.

The company has developed a good relationship with Sodimac, especially during the social unrest and the pandemic, as these events forced many people to stay at home.

According to Fernanda, "As a result, thousands of people discovered online tutorials that could help them to remodel or redecorate their homes. Sodimac Homecenter took advantage of this trend and, with support from Pinterest, it created a DIY strategy to expand its customer base and meet the needs of people eager for ideas and expert advice."

Consequently, online visitors to the Falabella group platform have increased by 440% since March 2020, according to data from the platform.

Clicks on Sodimac's own pins increased by 500%, according to its calculations.

Driving business for creators and brands

In addition to the fund created for people who meet specific engagement goals, and the Creators Rewards program, the platform is promoting relationships between creators and brands.

A creator has a business account that does not receive a monthly fee, but must meet goals related to print-offs, followers and material. If they post content involving a product, then they can contact the manufacturer to promote the content of their posts.

"Basically it is advertising,” says Fernanda, “so Pinterest becomes the marketplace and the matchmaker."

These pinners can easily report paid collaborations, through another tool that includes the "paid partnership" tag on their posts. 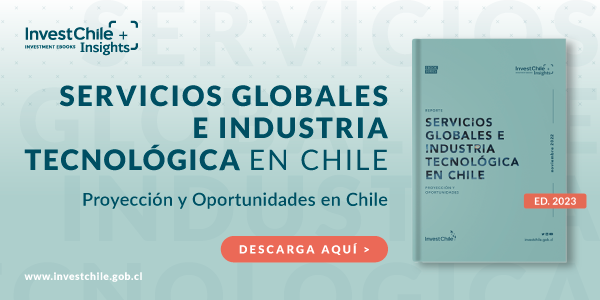 The details behind Sequoia’s investment in Chilean startup Fintual