Chile, whose macroeconomic stability is highlighted in the World Economic Forum’s report, ranks well ahead of Mexico, Uruguay, Costa Rica and Colombia. 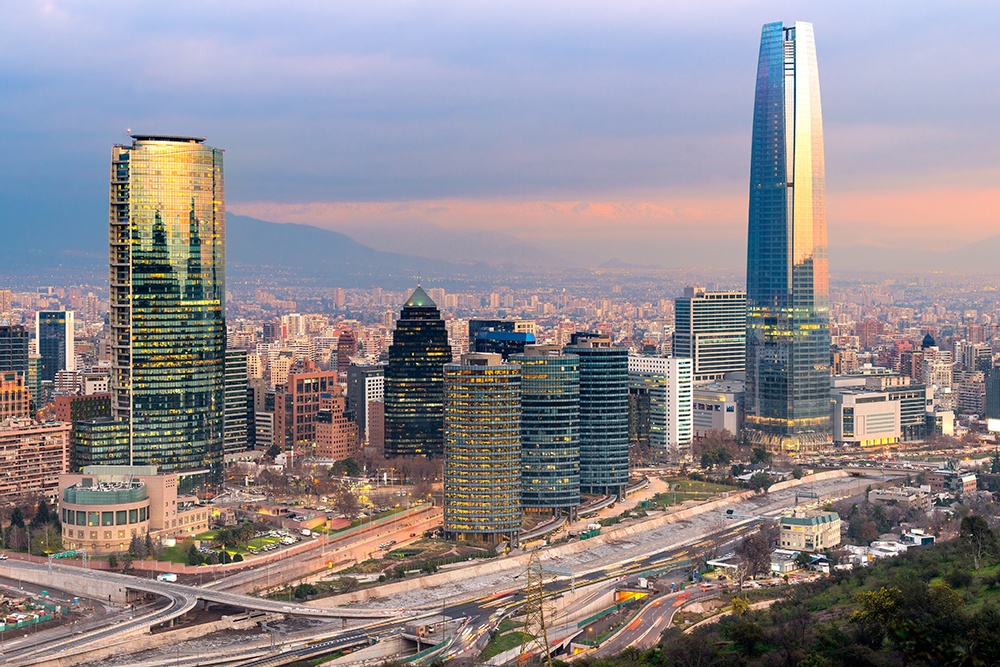 In the overall ranking, Chile rose to 33rd position, out of the 140 economies analyzed, with a score of 70.3 points, positioning it as the most competitive country in Latin America, which it leads on six of the 12 pillars considered in the study.

As a result, Chile ranked well ahead of Mexico, Uruguay, Costa Rica and Colombia.

This year, the measurement includes an important methodological change, assigning a greater relative weight to hard data (70%) as compared to soft data (30%). The results for 2018 can, therefore, only be compared with those for 2017 recalculated according to the new methodology.

Globally, the ranking is led by the United States, followed by Singapore, Germany and Switzerland. There are no significant changes in the top 15 places as compared to 2017.

In the new Global Competitiveness Index, Chile is well positioned on macroeconomic stability where it takes top place (shared with other countries), on the product market (13th) and on the financial system (20th). Its weaknesses include innovation capability (53rd) and ICT adoption (49th).

Compared to the 2017 ranking, recalculated according to the new methodology, Chile shows important progress on the macroeconomic stability pillar (from 23rd to 1st position). This pillar focuses on inflation and debt dynamics. Although Chile has always performed well on this pillar, it had lost ground in the previous ranking. In the new ranking, it also showed progress on ICT adoption (from 54th to 49th), although this remains one of its weak points. Its largest drop was on the labor market pillar (from 39th to 45th).

0.5% and 4% receive the highest score, putting them in the top position. Debt dynamics measures the expected variation in a country’s debt/GDP ratio between 2017 and 2018. The Finance Ministry estimates that public debt will represent 24.8% of GDP this year.

The Index also includes an analysis of countries in “enabling environment” categories. In the case of institutions, Chile’s principal strength lies in auditing and reporting standards on which it ranks 20th.

On infrastructure, Chile performs best on electrification as a percentage of the population, where it takes top position, while its greatest disadvantage is on the efficiency of train services (79th).

In the case of the business dynamism pillar, Chile’s main strength is the time required to start a business where it ranks 25th.

During the Report’s presentation, Finance Minister Felipe Larraín emphasized Chile’s position of leadership in Latin America and its challenges going forward. “Chile is Latin America’s most competitive economy but that should not leave us entirely satisfied because there are still 32 countries in the world ahead of Chile. In the government of President Sebastián Piñera, we are working on important initiatives that seek to increase Chile’s competitiveness in the years to come,” he said.

To learn more about Chile and its competitive advantages, see this article.