The five challenges of green hydrogen development in Chile

Chile's future involves achieving energy independence and even exporting its surplus. Hydrogen production is a promising path. Foreign investment in clean energy such as solar or wind will be key to the industry’s development. 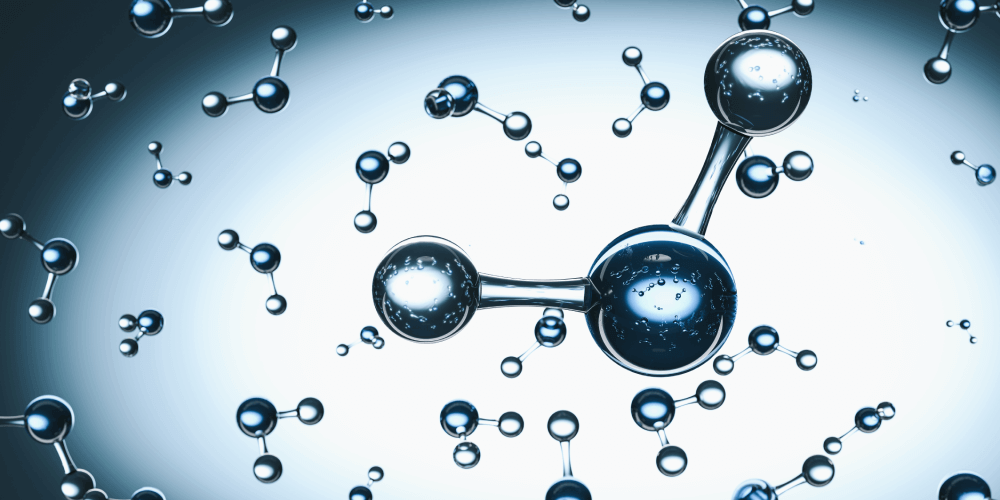 Chile could produce green hydrogen at a very low cost and be highly competitive at the global level. The global consulting firm McKinsey&Company reports that it could have 25 GW of installed capacity by 2030.

Energy Ministry projections suggest that the industry would be worth US$9 billion by that point based on the National Green Hydrogen Strategy, which is designed to position Chile as one of the top three exporters in the world by 2040. The key will be to lower the cost of green hydrogen production in Chile from its current level of US$6 per kilogram to less than US$2 per kilogram.

But what is this energy that everyone is talking about and which could provide 70 times the country’s energy needs? It promises to make Chile an energy exporter thanks to the outstanding solar exposure from Coquimbo northwards and the powerful winds in the southern part of the country.

What is green hydrogen?

Hydrogen (H) is the most abundant chemical element in the universe. It represents 75% of the visible material in the cosmos and fuels stars in the form of plasma. It is very scarce on Earth, as it exists as a diatomic gas (comprised of two atoms), H2, which is too light to remain on the planet’s surface (it weighs 15 times less than air). It is highly flammable, colorless and odorless. H2 molecules have high energy density by unit of mass: three times more than gasoline and 120 times more than lithium batteries.

In addition to green fuel, hydrogen is an input for various industries that use fertilizers, ammonium and methanol, which is the alcohol used for non-polluting synthetic gasoline.

But it is not found in its solitary state on Earth. It is most frequently coupled with oxygen in the form of water in the well-known formula H2O (two hydrogen atoms and one oxygen atom). This means that producing this powerful gas involves separating water into the two elements.

The problem is that it requires more energy to produce H2 (elemental dihydrogen) than is obtained from its combustion. Electrolysis is one of the methods used to manufacture H2. It consists of using electricity to separate the water molecules. It also can be obtained from methane, a potent greenhouse gas that is not environmentally friendly.

What types of hydrogen exist?

There are three types of hydrogen that can be used as a source of energy. There is gray hydrogen (obtained from hydrocarbons), blue hydrogen (from natural gas) and green hydrogen, which is produced through the use of non-conventional renewable energies such as electricity obtained from sunlight and wind to power electrolysis.

The plan would thus be to generate green hydrogen using inexpensive energy that does not emit greenhouse gases, then liquefy it, store it and transport it through ducts or on trucks to final users, which may be industrial (boats, mining trucks and others), or to cities mainly for use as fuel for transportation (buses, private vehicles and even trains).

In short, green hydrogen is a secondary energy element obtained from another secondary element – electricity - using sunlight, wind and geothermal power. The machine that separates the water molecules is called an electrolyzer.

What challenges does Chile face with regard to developing green hydrogen?

Engineer José Miguel Arriaza directs the Energy and Environmental Sustainability Engineering program at Universidad San Sebastián (USS). He is closely following everything related to green hydrogen and the challenges the country faces in regard to making this a strong competitive advantage for Chile.

“The first challenge is to lower renewable energy production costs,” Professor Arriaza explains. The country has created a regulatory framework to promote the use of these sources of energy (solar and wind), and their share of the energy matrix has moved from 0% to 20% in the past 10 years. But in order to reach 100%, we must continue to encourage their use and strip conventional fossil fuel plants of their privileges.”

Arriaza adds, “The next step is hydrogen production itself. Chile finished studying the regulations needed to implement a hydrogen plant from the technical perspective two years ago. The Superintendency of Electricity and Fuels (SEC) worked on the safety elements that must be met in order to develop projects to generate this energy.”

However, the USS academic explains, “There is a still a great deal to work out in terms of environmental compliance and security in order to build a plant and transport the hydrogen produced there. From an economic perspective, we need to know if there is going to be a tax benefit for the projects developed in order to provide incentives in the marketplace. The Chilean Economic Development Agency (CORFO) is already working on this, but state support must be increased.”

He adds that the third challenge is that “the development of human capital for this industry is fundamental. It will need civil, chemical, mechanical and electrical engineers and, importantly, environmental engineers and engineers who specialize in energy and environmental sustainability. These are sought-after careers today in the renewable energy industry. We estimate that Chile will need over a million people to drive the renewable energy industry by 2050.”

The fourth challenge is one of the fundamentals of economics: the law of supply and demand. Arriaza describes it using the famous question, “Which came first: the chicken or the egg?” He continues, “Who will cover the cost of building a plant without knowing that there will be a buyer who will drive demand? The mining sector may generate the greatest demand for this fuel. The market is in an exploratory stage, and it needs to mature. We need more trust between the players involved with supply and demand. They are currently developing the first projects, but more from the conceptual perspective and their environmental procedures.”

Finally, Arriaza says that the political changes that are taking place in the country due to the Constitutional Convention are also an important challenge. “The Convention must recognize our country’s potential to develop in the field of energy based on local sources, and that has to be included in the new Constitution. We know that Chile was not blessed with oil or gas, but it is important to recognize that we have a lot of sun and wind, and those are the energies of the future. It is possible to achieve that dream of moving away from our dependence on fossil fuels that arrive on boats and recognize the advantage that we currently have as a country. Chile’s future involves energy independence and exporting surpluses. For example, we are working on interconnectedness with Peru so that it can import solar energy produced in Chile. It is possible that South America will be connected as a continent in a manner similar to Europe.”

To learn more about investment opportunities in green hydrogen in Chile, check out the following article.

Space AG, the Peruvian agricultural startup coming to Chile in 2022

Healthy food made in Chile