The country is promoting the creation of projects in four areas: mining transport, storage of hydrogen, green ammonia-based fertilizers and, even, the export of green hydrogen. Chile’s great advantage is its growth of clean energies, the base of the sustainable version of this gas. 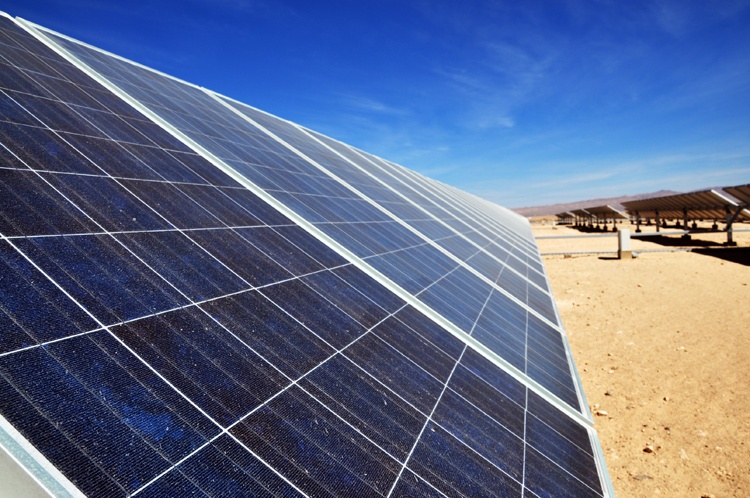 Although the German Society for International Cooperation (GIZ) had raised the topic of green hydrogen at an event last year, it was a seminar, held a few days ago in Santiago, that will mark a before and after in Chile’s interest in it. Both the authorities and the private sector are already analyzing how to start producing this gas which is used as fuel and for which Chile’s main advantage is its abundant availability of solar energy.

During the seminar “Green Hydrogen for Chile’s Energy Transition”, the possibility that the country could become a leader in this field was mentioned several times.

To produce green hydrogen, water is used from which - through a process of electrolysis that requires a large amount of energy - oxygen and hydrogen are produced. Currently, about 96% of the world’s hydrogen is extracted from fossil fuels and only 4% from water. However, this is changing radically, thanks to the drop in the cost of renewable and, particularly, solar energy. And Chile is one of the countries where the production of photovoltaic energy has grown most in recent years. This is why so many eyes are on the Atacama Desert, with its 3,500 kWh/m2 (DNI) and 3,000 hours of sunshine per year, in addition to an average radiation that is 65% higher than in Europe.

But hydrogen is a gas with a very low density and has to be compressed and stored efficiently, something that is not cheap, particularly if the option is liquefaction. However, it has greater autonomy and lower load times than electric batteries and - unlike fossil fuels - does not produce C02 emissions.

“The idea of promoting it in Chile began a few years ago when we saw that Germany was producing hydrogen from its remnants of wind power. Here in Chile, not much was known about green hydrogen,” says Rodrigo Vásquez, adviser to GIZ’s Renewable Energy Program. “In the last year, interest in it has grown a lot among companies, mainly as a fuel for mining, but other niches are also appearing. We are all learning, especially now there is a new conception of sustainability,” he adds.

At the same time, CORFO was already exploring the idea of using green hydrogen in mining trucks which could, according to experts, be its first concrete application at the local level. And, with the arrival of the current government, the Ministry of Energy has mentioned it directly as part of its “Energy Route”.

The road for Chile starts with the creation of projects in four lines of business: mining transport (replacing diesel or using dual engines), the storage of hydrogen, ammonia-based fertilizer and, even, the export of green hydrogen. And, along the way, to take advantage of this to improve its energy independence.

“As a business association, we are looking at what is happening with the hydrogen economy in our country, especially because we see that it is a great opportunity to deepen the development of renewable energies,” says Darío Morales, director of research at the Chilean Association of Renewable Energies (ACERA).

Morales acknowledges that interest has grown a lot during the past year among ACERA’s member companies, many of which have already created specific areas on hydrogen. And, although Chile has many advantages, “one of the main obstacles - and at the same time an opportunity - is to have the capacity to continue promoting public policies in which the state, academia and the private sector work together in pursuit of a common goal,” says Morales.

According to Philipp Bezler, manager of strategies and business development at Siemens Chile (one of the major players in technology for generating green hydrogen), “we have seen great progress of the authorities in the last two years. I believe that, as a country, we have tremendous potential, even for export. But clearly we need a regulatory framework and lines of subsidies that encourage the energy industry to switch increasingly to green hydrogen,” concludes Bezler.

Fertilizer: the other potential

Another interesting business is “green ammonia”, a compound that would be obtained by mixing green hydrogen and nitrogen. It is the base for developing fertilizers (urea) for the agricultural industry.

“Many see this product as a return to what was Chile more than 100 years ago: a great world producer of fertilizers,” says GIZ’s Rodrigo Vásquez, referring to the golden age of saltpeter. Today something similar could happen, but with a more sustainable focus.

To learn more about clean energies in Chile, see this article.

The role of copper in energy sources of the future