The North American pet products retailer, part of Grupo Gigante, will invest US$2 million in launching its online business in Chile. The company plans to expand in the future with brick-and-mortar stores in the country.

This is not just a store specializing in pets.  Petco, a North American company with more than 1,550 stores in the United States, Mexico, and Puerto Rico through joint ventures, has a comprehensive system designed to meet the needs of various kinds of pets: merchandise, veterinarians, grooming, obedience training, and support for adoption centers, with campaigns and neutering services offered region by region.

How much will Petco invest in Chile?

In the second half of 2022, the pet superstore -which carries more than 7,000 products in its stores- will arrive in Chile, launching its online business with an investment of US$ 2 million by Grupo Gigante, which controls the brand in Mexico and now in Chile.

In Mexico, the company started with a bricks-and-mortar store in 2012 and the following year opened six more. To date, an average 12 to 15 stores have been opened per year, resulting in 111 physical locations across Mexico.

After four years in Mexico, the company began to experiment with an e-commerce website, offering various ways to make purchases such as the Petco App, where customers can buy products, book grooming appointments, and schedule vaccinations. Customers can also make purchases over the phone and the Petco Easy Buy program allows consumers to program purchases and deliveries at set intervals.

“We are the largest actor in this niche market in Mexico and this is because of the desire to love, care for, and look after your pet’s every need. No one else was offering what we offer. Veterinarians are available alongside obedience training, as well as animal adoption, and general merchandise to meet all your needs, plus locations in many different places,” said Petco Mexico CEO, Alejandro Ahuad.

On March 8, Petco reported worldwide revenue of US$ 1.5 billion for the final quarter, a 13% year-to-year increase, and annual earnings of US$ 5.8 billion, an 18% increase over the previous year. Moreover, it represents the seventh consecutive year of double-digit growth and a significant performance on the North American and Mexican stock markets.

Grupo Gigante CEO Federico Bernaldo de Quirós told Forbes Chile that “Petco is one of the pillars, one of the most important businesses in Grupo Gigante, both in terms of sales and EBITDA contribution.”

When will Petco arrive in Chile?

Petco is set to arrive in Chile in the second half of this year. Initially this will be via its online business and home deliveries up and down the country from dark stores by Cornershop, Rappi and various marketplaces.

Later, at a still undisclosed date, brick-and-mortar stores will be opened, introducing grooming services, obedience training, and space inside the stores for adoption centers.

Why is Petco investing in Chile?

Mr. Ahuad noted that “Chile enjoys a positive outlook and presents a very attractive market, because the size of the niche pet market is half the size of the one in Mexico in spite of having only one-fifth of the Mexican population. People are well-informed and educated. The middle and upper classes are comparatively much larger than in Mexico. Everyone in Chile, from what we have seen, takes care of, looks after, and loves their pets a great deal. Therefore, we see a significant opportunity to attend to these customers, because they really need something like PetCo.”

Mr. Bernaldo de Quirós added that caring for pets “is a macro-trend that is occurring around the globe, not only in Mexico. It can be seen in the United States, Europe, and, of course, in South America.”

Based on the company’s performance in Chile, executives will evaluate possible new ventures in South America.

“South America seems to be in a situation quite similar to the one that existed in Mexico before we arrived. A few small pet shops in Chile are currently meeting more needs than were being met in Mexico when PetCo arrived, but they are still quite scattered. From what we have seen, I believe that customers have pets and love them, and fulfill their needs based on what is offered in the country. Our goal upon arrival is to bring together all of these categories and services in just one place,” Mr. Ahuad stated.

To learn more about investment opportunities in Chile and the pet care market, please see the following article. 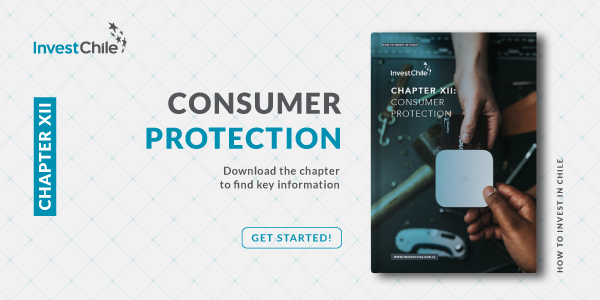