Yango Delivery has chosen Chile to start its operations in Latin America because of the ease of doing business in the country, as well as its entrepreneurial ecosystem. The company is looking at Colombia and Brazil to expand its presence in the region in the future. 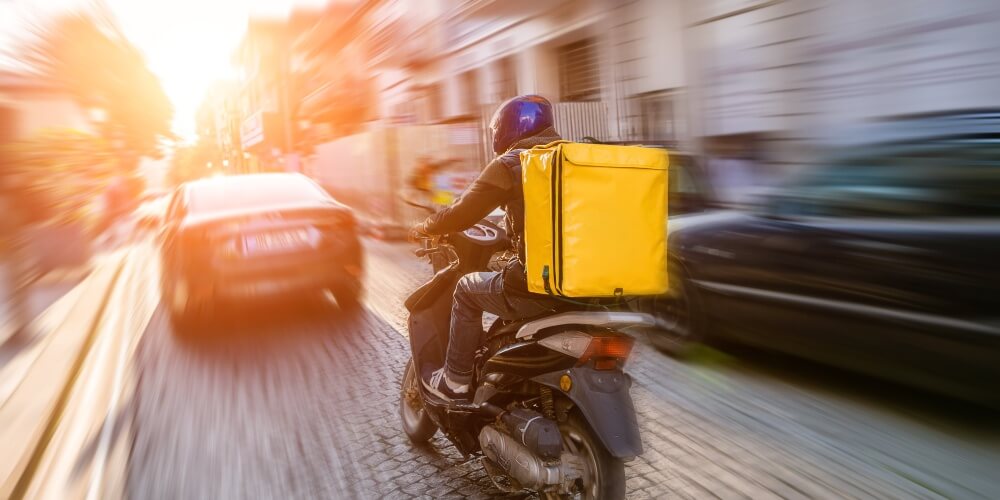 A new stakeholder is looking to gain ground in the competitive last mile delivery market in Chile. This is the idea of Yango Delivery, a technology and delivery company owned by the Russian firm Yandex, which is registered and based in the Netherlands. The company is aiming to become one of the main players in the field.

The company formalized its operations in the Chilean delivery market a few months ago, which was seen as the starting point for offering its services in Latin America. CEO of Yango Delivery LatAm, Grigory Pogosyan, and the firm’s general manager for Chile, Ricardo Escobar, told El Mercurio that they are looking to compete in the sector with companies of the caliber of Mercado Libre, Blue Express, Correos de Chile and Chilexpress.

Despite the fact that they have only been operating in Chile for a short time, they state that their short-term goal is ambitious, and that they expect to become one of the three main stakeholders in the sector.

The firm is also present in Europe, the Middle East and Africa. It is already operating in Santiago, where it counts Victoria’s Secret, Sparta, Komax and Hites among its customers.

The company is planning to expand to other cities, and will first extend its services to Viña del Mar and Concepción. This will involve an investment of around US$1.5 million. It will then add other regions throughout Chile in the following months.

“For the first quarter of next year we will be operating in two other regions, at least carrying out some sort of test or launching a smaller product that does not need to be applied on a large scale,” said Ricardo Escobar, the company’s general manager for Chile.

“Our idea is to start testing other regions, and by late 2023 be among the top three last mile delivery stakeholders in the Chilean market. For that, we have to expand to other regions,” he stated.

Mr. Escobar also highlighted that they are using their own routing technology that increases logistics efficiency. An algorithm combines orders that are near to each other, so that they can be delivered by the same delivery driver. He explained that this reduces delivery time and logistics costs by between 20% and 30%.

Regarding their plans for the coming years, Mr. Escobar stressed that they aim to cover the entire national territory in order to consolidate their plans in the last mile delivery market. “By late 2023 or early 2024, we should already be expanding to many more regions, and we hope to cover the whole of Chile by late 2024,” he stated.

Mr. Escobar explained that a few months ago they leased a warehouse in Santiago to enhance their operations there. However, he did not rule out that the firm could invest in a fulfilment center – distribution logistics center – later on. Nor did he discount the option of making alliances with other stakeholders to strengthen their plans in the last mile delivery market.

Investing in Chile to grow in the region

For Grigory Pogosyan, CEO of Yango Delivery LatAm, their arrival in Chile is just the beginning of the Russian firm’s plans in Latin America. “We chose Chile because it is easier to do business here than in neighboring nations, and the country is more open to trusting new companies that come here,” he stated.

He added that their interest comes because of the large number of entrepreneurs in the country – both small and medium companies – and the strong growth and maturity of ecommerce in the Chilean market after the pandemic.

In addition to Chile, Mr. Pogosyan explained that they are already operating in Peru, Mexico and, recently, Bolivia. They hope to continue adding markets throughout the region. “We want to scale up the quality of our technology in other countries to have a more aggressive plan within Latin America,” he said.

“During the first quarter of next year, we will focus on continuously growing in Chile and accelerating our processes in Peru, Mexico and Bolivia. We also want to start opening up in Colombia, and we have already found some partners to enter that market,” he stated.

In this context, he continued that they are also looking closely at Brazil. “During 2023, we will carry out in-depth research on the Brazilian market in order to have as much information as possible to make a decision on starting operations there.”

To learn more about investment opportunities for foreign companies in Chile, check out the following article.

Everything you need to know about Chile’s Fintech industry