Global services and technology, fintech, circular economy, green hydrogen, and tourism are among the economic sectors that the South American country wants to promote. 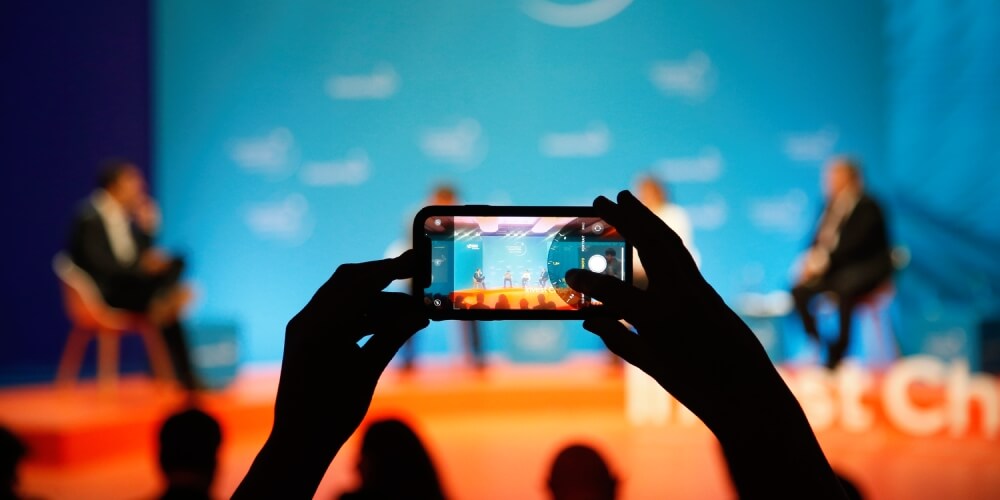 More than 100 company representatives from 28 countries met in Santiago de Chile from December 5–7 at the VI International InvestChile Forum 2022 to find out more first-hand about the business opportunities for foreign investors offered by the South American country.

The participating companies were selected from high-value sectors that InvestChile is aiming to promote, including: global services and technology, fintech, circular economy, green hydrogen, and tourism.

“We wanted to include sectors that not only offer good investment opportunities in the country, but also areas where we need foreign investment to help us take a leap in terms of quality, accelerating our development and promoting both the sustainability of our economy and job creation, without neglecting the opportunities offered by more traditional sectors”, said InvestChile Director, Karla Flores.

She also noted that the agency has a range of industry experts dedicated to supporting foreign companies, and provides information on investment opportunities in Chile through a series of free e-books.

Breakout Sessions: Why to invest in Chile?

The conference covered 56 investment projects worth a total of US$4 billion that would create 1,900 jobs, and company representatives were able to access a range of different events at the forum, including exclusive breakout sessions.

In each of these parallel workshops, foreign companies had the opportunity to meet with authorities and key players in each sector to obtain first-hand information on the market, public project portfolios, forecasts, and the country’s plans for the industry.

There are several reasons for this, but three key factors stand out: Chile’s connectivity, its outstanding potential to export technology services, and the talent of its IT professionals. Chile also offers incentives for investing in technology.

The global services and technology session was moderated by InvestChile’s investment promotion executive for the sector, Juan Pablo Gárnica. The agency’s director, Karla Flores, participated as a panelist together with the Undersecretary of Science, Technology, Knowledge, and Innovation, Carolina Gainza, who discussed the country’s technology sector and the export of global services from Chile.

Other panelists included the Ministry of Finance’s Finance and International Affairs Coordinator, Carola Moreno, who addressed the role of public-private partnerships in boosting global services exports; and the Executive Director of Talento Digital para Chile, Jeannette Escudero, who provided information on the Digital Talent Up program.

This is also a high-priority sector for Chile, which has a Ministry of the Environment and in 2016 implemented an Extended Producer Responsibility (EPR) law.

The circular economy session, moderated by InvestChile’s investment promotion executive for the sector, Cristián Sagal, had panelists including Chile’s Minister of the Environment, Maisa Rojas, who provided background information on the industry in Chile; Tomás Saieg, Director of the ministry’s Circular Economy Office, who discussed the EPR law; and Isidro Pereda, CEO of ReSimple, who addressed the challenges of implementing the EPR law in Chile.

Meanwhile, Saša Muminović, CEO of AquafilCRO, discussed the work being carried out by his company to reduce plastic waste in aquaculture; and Maarten Van Randeraat, CEO of Granuband, spoke about the circular products created through recycling tires.

Fintech Industry: Chile as a Base for the Region

It's no coincidence that 23% of the world’s fintechs are based in Latin America and the Caribbean, a region that offers multiple opportunities for the development and delivery of financial products and services to a significant portion of the population that currently doesn’t have access to them.

In 2021, the Chilean fintech sector was made up of over 150 companies, almost 50% of which are internationalizing their operations throughout Latin America. On such example is Xepelin, a Chilean company that expanded in the region and now has thousands of clients. Its co-founder and CEO, Sebastián Kreis, spoke about his experience at the workshop organized by InvestChile.

InvestChile’s investment promotion executive for the sector, Carolina Moreno, moderated the workshop and the first of two discussion panels for this dynamic industry, which addressed the scope, objectives, and spirit of Chile’s Fintech law, with panelists including Alejandro Puente, Capital Markets Coordinator at the Ministry of Finance; Kevin Cowan, Chile’s Financial Market Commission (CMF) Commissioner; and Pilar Concha, general manager of the Chilean Association of Investment Fund Managers (ACAFI).

The second panel, which was moderated by InvestChile’s Investment Attaché for North America, Beatriz Herrera, discussed the potential of the fintech industry from a private-sector perspective, with panelists including Ángel Sierra, Executive Director of FinteChile; Antonia Rojas, a partner in ALLVP; and Matías Fontecilla, DLocal’s Regional Manager for Chile, Ecuador, Central America, and the Caribbean.

Green Hydrogen: The Energy of the Future

Chile’s future involves achieving energy independence and even exporting surpluses. The production of green hydrogen in Chile offers a promising path, as the country could produce green hydrogen at a very low cost and be highly competitive on a global level, according to  McKinsey & Company. In this context, foreign investment in clean energy, both solar and wind, will be key for developing the industry.

To discuss this opportunity in greater depth, the green hydrogen workshop moderated by InvestChile’s Investment Attaché for Asia, Vicente Pinto, included a presentation by Chile’s Minister of Energy, Diego Pardow, who highlighted the country’s commitment to and progress on carbon neutrality, mitigating climate change, and energy transformation. José Miguel Benavente, Executive Vice-President of the Chilean Economic Development Agency (CORFO), outlined public policies for the development and promotion of the industry.

This was followed by a discussion panel with the Minister of Energy and Executive Vice-President of CORFO, together with María Paz de la Cruz, CEO of H2Chile; Ana Lía Rojas, Executive Director of the Chilean Association for Renewable Energies and Storage (ACERA); and Tatiana Alegría, CEO of HIF Chile. The panel also addressed public-private partnerships for the development of the green hydrogen industry and its derivatives in Chile, as well as new industries that form part of its value chain.

In the most recent version of the World Travel Awards (WTA) for South America 2022, Chile was named the Most Romantic Destination and the Leading Adventure Tourism Destination. These acknowledgments also demonstrate the business and investment opportunities that the country offers.

With more than 100 national parks and natural reserves, 4,000 kilometers of coastline, and the driest desert in the world, to name just a few of its natural attractions, Chile has consolidated its position as an undisputed leading adventure destination.

The outlook for the Chilean tourism industry was the key topic covered in the presentation by the Undersecretary of Tourism, Verónica Kunze, as part of the tourism workshop organized by InvestChile, which was led by the agency’s investment promotion executive for the sector, Catalina Pérez. The Undersecretary of Tourism’s Head of the Promotion and Investment Division, Diego Baeza, and Head of the Tourism Investment and Development Unit, Francisco Díaz, also gave a presentation on the institution’s strategies to promote tourism and attract more tourism investment in Chile.

Finally, Kristin Jonsson, CEO and director of Echoexperience, discussed her experience as an investor in Chile.

Find out more about the largest foreign investment event in Chile here.